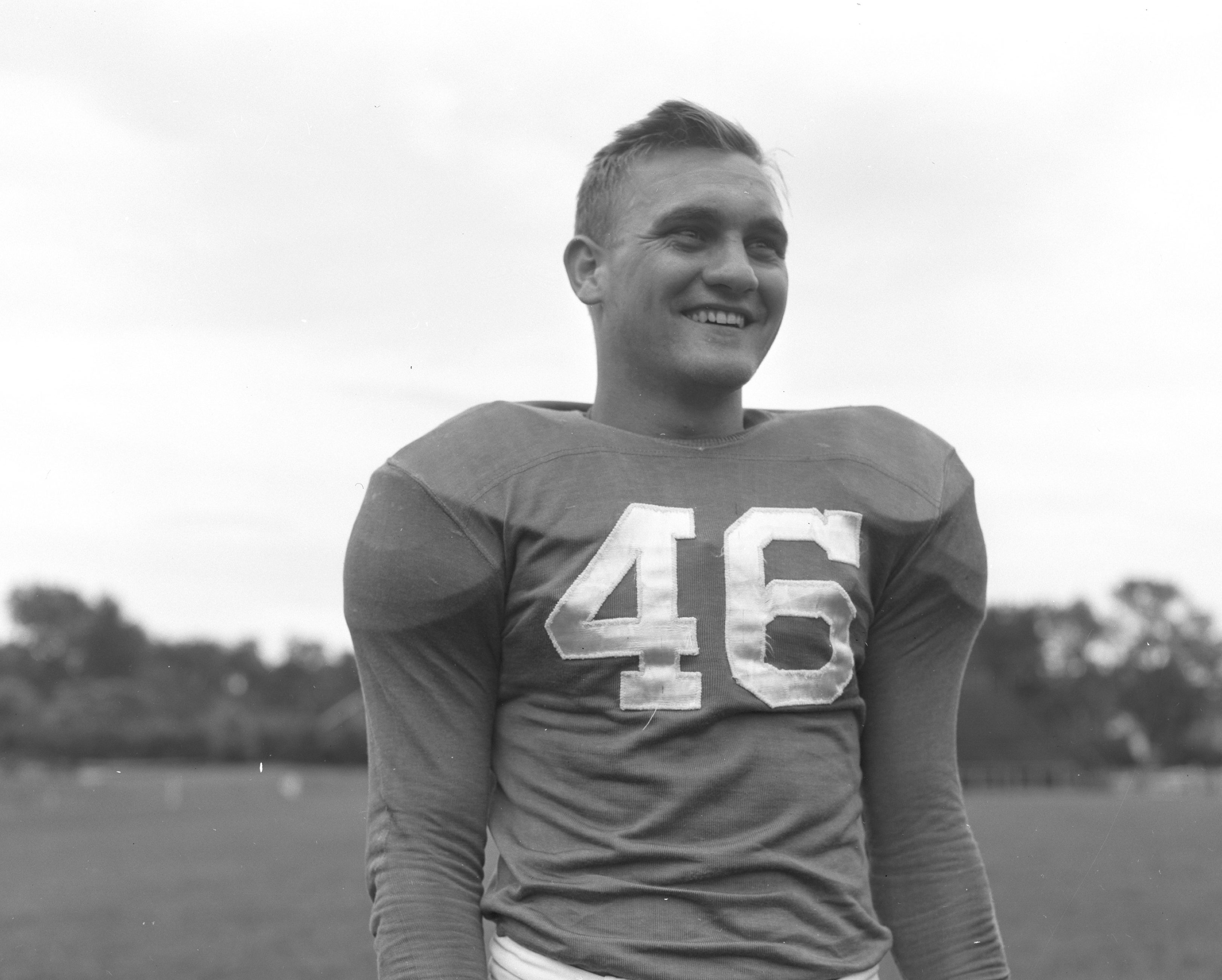 Two games will occur on Friday, August 18, 2018, in Hopkinsville, Kentucky at The Stadium of Champions. One game will pit two of the best programs in Kentucky football, right now, in No. 3 ranked South Warren (Class 5A, Lexington Herald-Leader poll and Bluegrass Preps) visiting Hopkinsville High School (No. 7 in Class 4A, Lexington Herald-Leader preseason poll and No. 5 Bluegrass Preps); the other will pit 5A power CCHS (unranked) vs. Caldwell County, a 3A team from Princeton, Kentucky (preseason ranked No. 8 in the Lexington Herald-Leader poll and No. 7 in Bluegrass Preps). The kids will be under the lights, the stands will be packed, the marching bands and cheerleaders will be whipping the crowd up into Friday Night Frenzy. In spite of the pageantry and Rockwellian, Americana charm, what KPGFootball is committed to is not allowing the game to come and go without a tip of the hat to the extraordinary man for whom the event is named.

Maybe even more importantly than that was Litsky’s noting about Claiborne that…[f]our of his players were Academic All-Americans and 87 made the Southeastern Conference all-academic team. In his last season, Kentucky won the College Football Association’s Academic Achievement Award as the major team with the highest graduation rate, 90 percent.

Claiborne retired from coaching college football in 1989, having won four conference championships (three at Virginia Tech and one at Maryland) in addition to the 179 victories, about which we before told you, over a twenty-eight year, head coaching career. Coach Claiborne, for his efforts, earned induction into the College Football Hall of Fame in 2000. We were able to interview, for this piece, former Tiger great, and a man who played for Claiborne at Kentucky, Steven Kelley. Kelley’s jersey, at Hopkinsville High School, is retired and hangs from the same rafters, at the Thornton Blockhouse, in close proximity to Claiborne’s own. Kelley said, one can’t write about Coach Claiborne without mentioning his immense faith in God and unswerving love for his Lord and Savior. Kelley related, in addition to his tremendous faith, Coach Claiborne had a motor that never stopped and was one of the greatest competitors [Kelley] ever knew. Whether it was racketball, pitching quarters, sit-ups, or hop-scotch, Claiborne wasn’t satisfied unless he could beat every player on the team. Of course, we were gambling when we were “pitching quarters,” of which Claiborne didn’t approve; so, when he won, he wouldn’t accept the proceeds of the contest.

Kelley also reminisced, everything to Coach Claiborne was about life and life lessons. Even when we were “pitching quarters,” he would implore us to join together, after the match, and pool our money and share in the commissary we were pitching quarters to purchase, which is always what we seemed to do. When Claiborne was buried in Hopkinsville, Kentucky, Steven Kelley was one of the pall bearers who carried him to his eternal rest.

Jerry Claiborne would call Randy The Manster White, whom he coached at Maryland, and who went onto to be a fixture on some of Tom Landry’s greatest, Super Bowl Champion, Dallas Cowboy teams, the greatest player he ever coached. Randy White was, of course, inducted into the NFL’s Hall of Fame as a player. Claiborne would credit White’s incredible work ethic and tell his players how Randy White would stay after practice just to clear the practice field of debris. As John Clay wrote in The Lexington Herald-Leader: [Claiborne] was just an old-fashioned coach with old-fashioned values who had the one thing a lot of coaches and administrators preach, but too few actually have. He had integrity.

Claiborne, after playing for Paul Bear Bryant at Kentucky, would follow his college coach to stints at both Texas A&M and Alabama as an assistant. In 1970, Claiborne said what was probably the most memorable quote ever attributed to him. Years after serving as an assistant at Alabama, Claiborne famously remarked, about the game in 1970, that Sam Cunningham did more for integration in sixty minutes than Martin Luther King did in twenty years. This, of course, referred to Alabama’s scheduling of a home game with Cunningham’s USC team which resulted in Cunningham leading the Trojans to a 42-21 thrashing of the Tide. Sam Bam Cunningham, as he would come to be known, most particularly in the NFL, scored two touchdowns and gained 131 yards. The story goes that Bryant, who very much desired to integrate his Crimson Tide in a State which didn’t quite take to the idea, scheduled this game knowing he would get killed to drive home his point to boosters and the administration that, to continue to compete at college football’s highest level, Alabama had to integrate. He was right and it worked. No one said a word when Wilbur Jackson went straight into the starting line-up the next season.

By all means, go to the Jerry Claiborne Bowl, this weekend, and enjoy unparalleled high school football pageantry and rivalry. The games are well matched and have tremendous significance independent of the man for whom the game has been named. We just thought someone might be interested to know a little something about one of Hopkinsville, Kentucky’s favorite sons, and the man being commemorated by the yearly playing of two, high school football games, and why he was so deserving of the commemoration.

This is Fletcher Long reporting for KPGFootball reminding you that #WeGotUCovered and to PLAY THROUGH THE WHISTLE! Coach Claiborne would have expected no less.