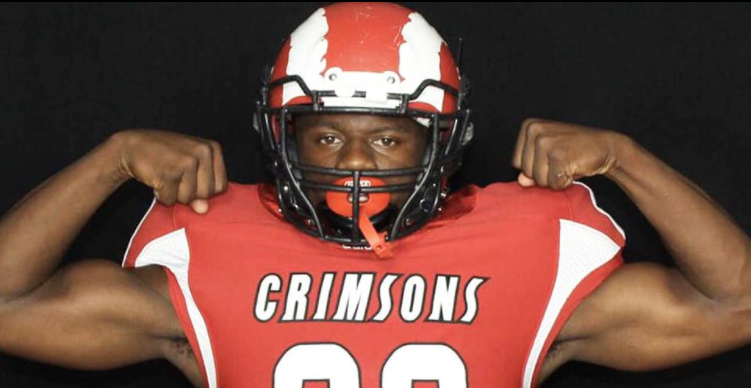 We believed he was a top DE/RB prospect when he entered the duPont Manual football program his freshman season in 2018. We called him Wan-Wan. So did everybody else.

Well, we may have been off on his remaining at DE; but we were right about the RB part. We really weren’t expecting him to play both ways at a place like duPont Manual, we just weren’t ready (at the time) to predict on which side he would flourish at the next level.

We have been on the money with how good he’s been and where he remains ranked among his peers in Kentucky’s ’22 class of in-state talent. Got to give us credit there.

Three years into a tremendous high school career, which would have yielded who knows what if it hadn’t been plagued by the global health crises, here’s we are. We’re right back where we were when we published the following about JaWaun Northington when he was in middle school back in 2018…

“JaWaun Northington, widely considered the best RB 2022 has in Louisville, if not the entire commonwealth, is also the top middle school athlete in Kentucky in two outdoor track events; one in-door sprint, and one field event.  Northington is ranked number one in the commonwealth in both the 100 & 200 meter sprints in outdoor, is the in-door State Champion at 55 meters, and, in the field portion of track & field, is the returning State Champion in the shot put.“

Yes, he’s an incredible athlete. We may have discovered it first, but we have hardly been the last.

The two major recruiting services, though both late to the party, have him one of the nation’s top athletes and clearly one of Kentucky’s best ’22s. On Rivals.com, Wan-Wan is a 3-star prospect and Kentucky’s 8th best college prospect among its ’22 class. On 247Sports.com, Northington is a 3-star, the 10th highest regarded ’22 Kentucky prospect, and the nation’s 68th overall “athlete.”

With a solid combine season from now until Fall, his stock will continue to soar. There is no telling where he ends up ranking when it is all said and done.

Northington, a former Kentucky Future Star and member of #Brotherhood, has been offered by Ball State, Boston College, Bowling Green, Cincinnati, Indiana, Kent State, Liberty, Purdue, and Toledo with no clear “leader.” He is far from done fielding offers.

In 2020, in only 5-games of field-time, Northington gained 589-yards rushing in 72-carries with 9-rushing TDs. He was the team’s leader in both rushing and scoring for the year.

One should also take into account Northington compiled these statistics playing La Salle out of Cincinnati, and Louisville’s St. Xavier to which they lost a narrow decision in the first round of the KHSAA Class 6A playoffs, 10-6. Not easy to compile stats regularly seeing the talent he faces night in and night out.

Any way you cut it, JaWaun Northington strikes an imposing physical presence in any backfield, where he plays running back for the most part these days. He is also setting the bar mighty high for prospects in his graduating class from across Kentucky.