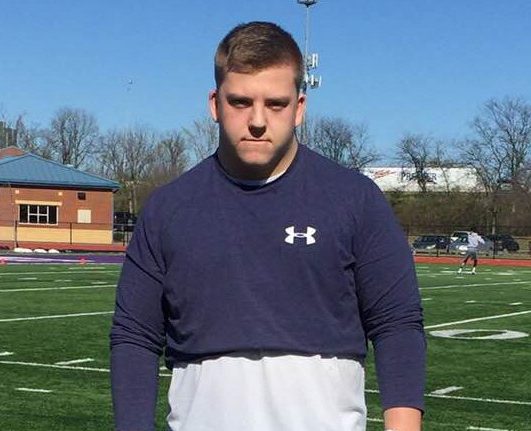 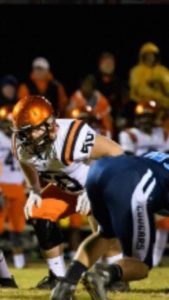 The offseason is where championships, and of course champions, are made. Hopkinsville High School is very fortunate they have an accomplished and skilled coach heading up the strength & conditioning program and what he is getting done with the Tigers’ program is impressive; impressive in deed! Hopkinsville High School is home to one of the most interesting football prospects in Kentucky. William Long, who doesn’t have the frame most people want for where he is commonly deployed, does have something special, in spite of his lack of stature. William Long has incredible feet, fast hands, and unbelievable strength, power, and explosion. First, for agility, feet, and hand speed, I would like to post three separate videos from some recent offseason work William Long had the opportunity to get in when accompanying me as part of my duties scouting a middle school combine on behalf of the Bret Cooper Junior Academic All-American Football Game. I greatly appreciate the prestigious Father Ryan High School in Nashville, Tennessee, and Head Coach, Brian Rector, for allowing me to scout its combine for the Bret Cooper game and for lending me some dummy holders and equipment to make the videos of William Long for the purpose of preparing and disseminating this article on Kentucky Prep Gridiron.

In the first video, William is making a  zone blocking, A step, and driving the defender off the ball like a covered lineman would do in a zone based scheme. It is important for his thumbs and toes to be squared up and pointed down field. William’s toes are splayed out ever so slightly, which isn’t ideal, but something you see in shorter interior offensive linemen who open up a little bit to compensate for a lack of length. Notice how quickly he gets set and cleats in the ground to complete this block and how he works, low to high, sucking his hips as he finishes the block. Also notice how hard his hands strike the pad.

In the next video, we see William dropping into protection and vertically setting while two players, from Father Ryan High School in Nashville, Tennessee, simulate either a blitz or rush coming from off William’s right shoulder. It is important to note William, while dropping into protection, has his back in vertical alignment and uses his strong arms to punch the simulated rusher/blitzer without lunging over his toes to strike. Watch the hand speed with which he strikes and the quick, agile feet as he completes this drill.

In the third video, William will be working down the line of scrimmage displaying his lateral movement and still demonstrating his quick-strike, hand punch. Notice here that he leads with his outside foot and then gathers with the inside foot. Very important here not to cross your feet.

Now, the above videos were to make a point about the amount of quickness, agility, and striking power is needed to play up-front in big-time programs like Hopkinsville High School. Also notice the way in which, in each video, William Long is able to work low to high and maintain a smooth transition from his stance to his ready position, all the while his hips remaining at, roughly, the same height off the ground in the ready position as they were in his stance. The next two videos will demonstrate what he is doing to enhance the hand speed, strike, explosion, power, quickness, and agility the videos demonstrated in simulated play situations…

In the first video, William, a 2021 prospect who just left 9th grade is bench pressing 360 pounds. Now since this video was shot, William has hit 365 pounds and is still ascending, even though still a freshman in high school. We didn’t get video of the 365 bench but we can tell you, at the Kentucky State Powerlifting Championships, where he was crowned State Powerlifting Champion in the 250 pound weight class (585 pound lift, bench and power clean), William barely missed his attempt at 370. There are plenty of spectators to that attempt who will have no problem believing he hit 365. The spotter in the lift is strength & conditioning coach Adam Dowland who is, simply, the best in the business at building functional strength in high school football players. Dowland never touches William’s bar and gives him every opportunity to complete his lift. This is very important, spotters, don’t take a bar from a lifter until he calls for you. Give him a chance. When doing this amount of weight in this discipline at HHS, Adam Dowland will USUALLY perform the function of spotter personally.

In the final video and, again, at the end of a cycle of back squats, some of which were performed from a normal stance and others were performed from a wide stance, William does a 515 pound back-squat. Notice on the lift at 515 pounds how William gets deep knee bend in the repetition, bending the knees past parallel. A lot of coaches still consider the back squat the consummate football lift for how it develops core strength, leg drive, the ability to work low to high, the balance required, the hip sink, and the fact the lift requires the same bringing of the hips used to finish blocks and to tackle.

To answer the question posed in the title, Is William Long the strongest member of Kentucky’s 2021 Class[?], I suppose the answer is probably so, I know of none stronger. Those of you coming up to play HS football from the 8th grade, take note that players like William Long are now the guys across from you. If you are going to get any varsity run, that is the guy you are going to have to either whip or contain. He’s working hard for you, are you working hard for him? I guess we will see next Fall, won’t we?

This is Fletcher Long, reporting for Kentucky Prep Gridiron reminding you to PLAY THROUGH THE WHISTLE!