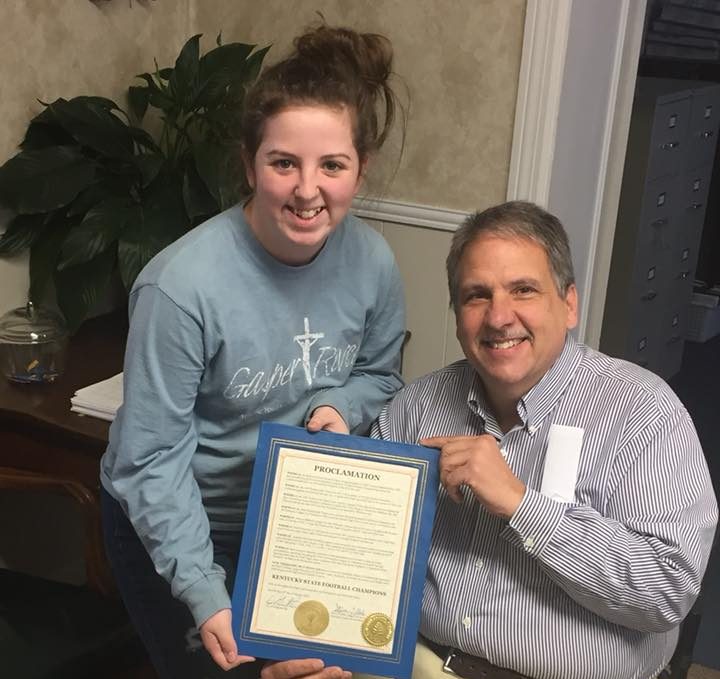 It was June 27, 2017, and Kentucky Prep Gridiron was in its infancy, and I was searching for subjects on which to write for the fledgling, on-line, prep sports magazine. I decided to do a story on the best prep football programs in the Commonwealth of Kentucky and elected to write about one of the most storied, my alma mater, Hopkinsville High School.

Borrowing from its fight song, I entitled the article Hold That Tiger! You may read that article right here, should you wish: https://kentuckyprepgridiron.com/hold-that-tiger/.

At the time, it was thought HHS’ only two State Championships in football were in 1965 & 1966. In researching for the article, I ran across an article in The Tennessean about the 1965 Tigers beating Clarksville High School, and its greatest coach, Johnny Miller, 25-0 in a bowl game in Nashville.

The author of the article interviewed a Jack Haddock, who had played on the 1940 team about whether the 1965 team compared with Coach Ralph Mills’ 1940 squad. I had never heard of Ralph Mills, and thought, like many people my age in Hopkinsville, that Coach Fleming Thornton had invented high school football, at least the variety played at HHS. This got me digging.

What I learned about the Tigers and their incredible run of success in the decade of the forties, and, particularly, under the direction of Coach Ralph Mills, I published on this site December 27, 2017 under the title Recognizing a Lost State Championship. That article, which includes a picture of the 1940 team may be accessed through this link: https://kentuckyprepgridiron.com/recognizing-a-lost-state-championship/.

After compiling the information and publishing the article, I sent it around to various entities in the hopes I could get help recognizing what I was convinced was a serious sports historical omission. If the boys of 1940 were the best football team in Kentucky, and I believed the historical data I accessed on the subject inescapably led to the conclusion they were indeed, then the achievement accomplished by this team deserved to be both noted and noticed.

After wandering around different social media outlets, I finally took the matter to the two most important people in Hopkinsville I know, Judge Steve Tribble, County Judge Executive of Christian County, Kentucky and the Mayor of Hopkinsville, Carter Hendricks. Graciously, these gentlemen read my article, believed my reasoning and information to be solid, and entered the Proclamation presented to my daughter today (who accepted on Kentucky Prep Gridiron’s behalf) by the County Treasurer, Walter Cummings.

It has been a long journey to gain for this team the recognition which had escaped them over the past 78 or so years. We here at Kentucky Prep Gridiron are very gratified that something like this is the product of a series of articles we researched, wrote, and published.

A lot of us here at the on-line magazine committed tremendous effort and countless hours reading old newspapers, accessing on-line materials, and even getting to spend an enjoyable day at Hopkinsville’s Public Library accessing old Yearbooks. The net result of all of this is we did it. By golly, we really did it!

We found a State Football Championship for the Tiger Football Program in pretty much the last place anyone would think to look…78 years in the past. I only wish there were some of those boys still around to enjoy this with us.