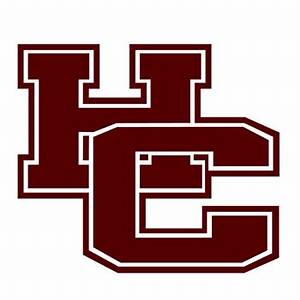 Okay guys, this is when it gets interesting. For the winners, it is survive and advance. For the losers, its basketball season. What we are going to do in this article is identify a team which KPGFootball believes to be primed for upset. This doesn’t mean we are calling the game for the underdog, we are just getting on the record, right now, that the favorite in the game would do well to not overlook this particular opponent. For the following team, we are putting them on our Official Upset Alert. Ladies and gentlemen, the following team better not get caught looking ahead because the task at hand may jump up and bite them on the rear-end. That team is…Henderson County!

This looks to be a real David vs. Goliath type matchup as the Eastern Eagles are 3-7 on the year and Henderson County has the exact inverted record of 7-3. Much like the Biblical David/Goliath, the bigger/badder/more highly regarded football team just may not win. There may be more to this match-up, this Friday night, than what might be, superficially, apparent to the casual observer. Now Eastern is the three seed in Class 6A, District 4, a district thought of as one of the toughest in Kentucky football owing largely to the inclusion, amongst its enrollees, of one particular team, Louisville Trinity. While Eastern managed only three wins, it did win two, District 4 games (Jeffersontown, Seneca). While one of Eastern’s two District 4 wins wasn’t second seeded, Ballard, the Eagles did play the Hell out of them before losing 17-12. Eastern also battled District 3’s, DuPont Manual, before succumbing to them 14-0. Now the handy CalPreps.com computer tells us Ballard, the 44th best team in Kentucky, and DuPont Manual, the 50th best team in Kentucky, are both slightly better than Henderson County, slotted as the 51st best team in Kentucky. All three teams are ranked well ahead of Eastern’s 113th position among Kentucky High School Football teams. Henderson County, for its part, played only two teams ranked above 100 in the CalPreps.com computer poll, Muhlenburg and Ohio Counties, and murdered them both. Eastern has played two teams ranked right where the computer has Henderson County slotted and played them both tightly. Friday night, we look for the game to be a closer affair than what many may think.

One trap into which either Henderson County or Eastern might fall would be one of the two of them looking past the other at what is upcoming in round 2 for Friday night’s winner. One would have to think the winner of Eastern/Henderson, which will be played in Henderson, Kentucky, would get a game with Louisville Trinity the next round. I suppose it is possible Muhlenburg County could beat Trinity in Louisville, but KPGFootball can’t fathom all the things in the cosmos which would have to align for that to happen. So, it is a matter of Eastern’s earning the opportunity to play a Trinity team which pounded them 53-0 on October 4, or Henderson County getting a Trinity team it hasn’t played since losing to Trinity at Trinity, 55-7, on November 7, 2014. Can’t say that either of them are too excited about the prospect regardless of whom wins the round one game.

Is Henderson County a better football team than the Eastern Eagles? Certainly. Can they afford to look past the Eagles at a possible match-up with the winner of Muhlenburg County at Louisville Trinity, which figures to be Trinity? We, at KPGFootball wouldn’t recommend it.