Now, this is the first time we have done a middle school, All-State, Football team, but it isn’t our first All-State Football team. For those of you who subscribe and belong to KPGFootball, you know we have before published both a Freshman and Sophomore All-State football team for the high-schoolers. In addition to that, KPGFootball is a member of the Associated Press and, therefore, votes on the AP’s Kentucky High School All-State Football team. We either know what we are doing or think we know what we are doing. As is our common practice, we will now go through the players selected and defend each player’s selection to this team. We, metaphorically, won the coin toss and elected to defer our choice to the second half, so we will begin on defense. We defended our defensive, first level, yesterday, so today we will defend the selection of our defensive second level…the linebackers. These were the KPGFootball, Middle School All-State linebackers…

Across all of Kentucky there is virtually no intelligent debate existent for whether Carson Wright both belongs on this team and is one of the top linebackers in Kentucky for his class. Consider this, in two years of middle school football, Carson has 274 tackles, 21 sacks, 10 forced fumbles, and 5 interceptions in leading his middle school team to a State Runner-up finish in 2017 and a Regional Championship and State semi-final birth in 2018. Over that same period, he has gained 3,568 all-purpose yards, scored 40 TDs, and converted 45, 2-point conversions, on the offensive side of the ball. This brings up a very good point. There were several players who could have made this team on either side of the football. In an effort to recognize as many deserving players as we could, and about whom we became informed, sometimes we took a Carson Wright, a JT Adams, or a Harris Phelps and made them defenders even though they could have made the team on offense too. Back to Carson…

Carson Wright is 5-11, 175 pound linebacker who had an incredible performance at our All-State, Mountain Combine in Pikeville, Kentucky in June. Carson’s numbers were just sick. Wright took top honors at the combine for middle school participants, regardless of position. Truthfully, we forgot he was in middle school, at all, as he might have won top honors in the high school division too and there was some pretty stout company competing there. Wright was timed in the Mountains running a 40 yard dash at 4.52 seconds and registered a 4.31 pro-agility shuttle. Wright clipped the L-cone drill in 7 seconds flat and repped the middle school, bench press rep weight of 115 pounds, 20 times. That would make Wright’s estimated, one-rep, bench press maximum right around 186 pounds.

Carson has made numerous Team Kentuckys including playing for this summer’s Future Stars version which bested Tennessee 31-28 in overtime. JT Adams was the defensive MVP of the game but that distinction could have been awarded to Wright just as easily as both linebackers were exceptional in that game. Carson gets a slight edge on present frame, agility, strength, and speed, but the edge is ever so slight. Carson has played for Team Kentucky FBU twice and as a 6th grader was Kentucky’s Defensive MVP  in the annual game.

Oscar “JT” Adams, IV, who goes by “JT,” truly, had an incredible performance at the Tennessee-Kentucky Future Stars Classic at Georgetown College this past summer and took the game’s Defensive MVP Award home with him. Adams, seen to the left of this paragraph in his McCracken County Middle School uniform where he played in 7th grade, was a huge get this year for Division I, Christian County Middle School this offseason. It isn’t every day a Bret Cooper All-American linebacker moves into the district. JT is the son of a football coach, Offensive Coordinator, John Adams (Christian County High School), and, like many coach’s sons, his ability to read the play and arrive at the ball, demonstrating his extraordinary football IQ, is one of the first traits about his play one notices. Not that the kid can’t run, but his ability to read where the play is headed makes it appear he has lightening speed because of his quick reactions.

Offensively he was a running back/tight-end hybrid and, defensively, he played middle linebacker. In seventh grade, JT played in 7 games for the Mustangs and collected 41 tackles, 22 solo, and forced two fumbles, recovering one. Offensively, Adams carried the ball 28 times for 230 yards rushing, averaging 8.2 yards per attempt, with two rushing TDs. He also scored a pair of two-point conversions on the ground. When aligned at TE, Adams caught 8 balls for 93 yards, with one TD receiving and one two-point conversion. Blocking at the TE position, Adams registered eight pancakes in seven games. This summer for Team Kentucky, JT tallied 15 tackles, including a pivotal fourth down play sealing the game’s outcome on Tennessee’s possession in overtime. Christian County doesn’t keep statistics at the middle school level but we can tell you Adams has been selected for every all-star team for which he has ever tried out and has been selected to play for the East All-American team in Dallas, Texas in the Bret Cooper game this December. There is an indefinable football characteristic which coaches know when they see it but are often incapable of defining. That is being a football player. JT Adams is a pure football player whose value to any team can’t be overstated. Christian County, the year before JT played there, went 1-7. That same team, with Adams, turned in a 7-2 work sheet and would have made some real play-off noise had JT not suffered injury in the season finale against HMS which limited him in the playoffs. The selection committee felt this to be an easy selection for this position.

What can be said about Johnson County Middle School other than it has distinguished itself as the dominant, middle school, Division I, program (along with North Pulaski). KPGFootball was debating the importance of middle school football to a high school program. Believe it or not, we found a high school coach (and a fairly successful one at that) whom felt it wasn’t vital, at all, to the success of a high school program. We asked him this question…Then coach, why is it the same teams which show well in the KYMSFA playoffs matriculate to high schools who perform similarly in the KHSAA playoffs? First off, he couldn’t deny that to be the truth, and, secondly, he had no answer for that. Johnson Central High School is in the middle of an incredible run of success which saw them win the Class 4A State Championship in 2016 and play for it last year. JCMS has now won the Division I, Kentucky Middle School Football Association’s, Division I State Championship two years in a row. Are these facts correlated or completely random? Well, you can guess KPGFootball’s answer.

Chase Price and Mason Lawson are the corner stone of the JCMS, 2018, Division I State Football Championship. Both of these kids have been selected to this All-State football team. We will defend Mason’s selection later on in the series, but as for Chase Price, we can’t imagine a tougher kid playing middle school football today. For those Kentucky prep football savants out there, this kid is eerily similar to a Devin Johnson, Class of 2020, and present star linebacker at Johnson Central. Price plays linebacker and comes up and puts his hand on the ground and plays some defensive end as well. We can tell you Price is quick-twitch personified who plays with low pad level and excellent bend and flexibility probably developed on the wrestling mat, where he is also a star. On offense Price aligns at fullback and is a nightmare lead blocker for All-State running back Mason Lawson. If the middle school coach’s association were picking a football team and could choose any player he wanted, like is commonly done in gym class, Chase Price would be either the very first player selected or, certainly, toward the top. That is why he was selected to our All-State football team.

Like Chase Price, he led his team to a KYMSFA State Football Championship (Division 3). Unlike Chase Price, but along the lines of Carson Wright from Pikeville, this is a linebacker who has achieved a division I, FBS level frame by 8th grade. Jerod Smith, this year, looked like a man playing amongst boys at linebacker for the Briar Jumpers. As we above stated regarding the relationship between Johnson County Middle School and the success which has been ongoing for Johnson Central High School, the correlation between the players regularly produced by Meece Middle and the success we are presently seeing with Somerset High School’s program is apparent, at least to us. Smith, who is also an excellent student (which can be said about all four of these linebackers), is someone we haven’t yet seen out on the combine/All-State circuit but someone whom we expect to see forthwith. Jerod has really good length and bend and can play DE at the next level as easily as he plays OLB. Smith evidenced the ability to come up and attack the ground game either at the line of scrimmage or in the backfield while still possessing the ability to drop into coverage where his spacial quickness, above average height, and length posses problems for QBs attempting to either hit the slant or drop one over top of him into the space between a defense’s second and third levels. On the question of whether Jerod can run well, we would submit into evidence the fact his offensive position was tailback. Jerod Smith is a guy who is already physically advanced and who is big, strong, and fast enough to play high school football right now. We were very pleased to select Jerod Smith to this inaugural, Middle School, All-State Football team.

Well folks, there it is. For the reasons above we believed these four players to be very deserving of this recognition. I am sure these may not be the best four linebackers in middle school football from across Kentucky but we are equally sure they are among them. All of these players have distinguished themselves both on the field of play and in the class room. Join us Monday as we defend the selections of our third level of the defense, the defensive backs! 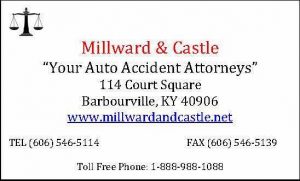