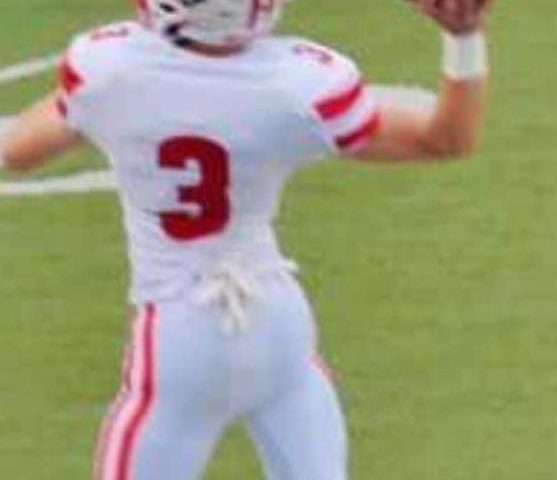 This past weekend FBU’s Team Kentucky National Championship entrant practiced at different locations around Kentucky, depending on whether the players were ’25s, ’26s, or ’27s. We were planning on featuring some of that middle school talent, from their exploits in the KYMSFA semis from the weekend. We are still awaiting data from our agents around the commonwealth.

Let’s go guys. We don’t have all day around here.

As we are yet to get any reports, we thought we would take the time to feature a top-notch ’24 from Perry County Central. His name is Hayden Canady, and you would do well to remember it. This same admonition rings true whether you follow high school powerlifting, wrestling, or football.

Hayden would tell you he hasn’t the time to be following either the KYMSFA playoffs or Team Kentucky’s preparations. Hayden is busying himself with his offseason weight-training and preseason wrestling preparations. Hayden is a championship contender in (wrestling) and likely Kentucky powerlifting champion in his weight-class (135).

How legitimate are Hayden Canady’s chances to be crowned the Kentucky powerlifting champion at 135, while weighing 130 and competing as a 9th-grader? We would call them close to a cod-lock-cinch.

Consider this, Devon Hill (Perry County) was the champion powerlifter at 135-pounds as recently as 2018 with a combined lift (bench + power-clean) of 440-pounds. This weekend, just messing around the gym with his father, Hayden benched 205 and cleaned 225.

By my math, that is 430-pounds. Any powerlifter can tell you numbers increase under the raw adrenaline created during competition versus just messing around the gym with one’s “Dad.”

So, when Canady competes at the high school, varsity level, should there be a state meet this year, he is a threat (and we would even call him a favorite) to win the Kentucky high school championship as a freshman in high school and go on a four-year run. He may be a threat to break high school records for bench, clean, and combine lift as only a freshman.

By the way, the champion wrestler/lifter also squats 315-pounds and deadlifts 305. Yeah, he’s a hoss.

Basically, Canady is just a guy who loves to compete. If you understand the family history, that makes perfect sense.

Hayden’s big brother finished runner-up, twice in his weight class at the Kentucky High School powerlifting championships. The elder Canady was good enough as a football player to earn a full-ride to play collegiately at Union College, where he is presently.

Hayden’s dad, Ovie Canady, a former football playing great in his own right at Everts High School and Union College, is also a competitor. Ovie has coached football on the high school level for years, has coached powerlifting and wrestling, flourishing at all three.

Bottom line, “little” Canady won’t stay “little” for much longer. As he grows and matures, the foundation is already laid for him to lead his graduating class, either on the gridiron, the wrestling mat, or under a bar bearing quite a load.

Kids with work ethics like Hayden’s pan-out on the high school level in any sport. That has been consistent with this author’s experience anyway.