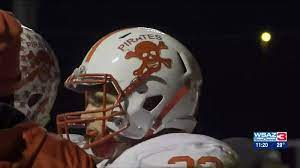 We asked a question on Facebook, through a member of our editorial board, which garnered quite a few responses. The question was, “Who would you take tonight if your house was riding on your getting it right and every bet was ‘heads up,’ completely devoid of point spread?”

This may not have been the exact question, verbatim. You get the gist.

We got plenty of interesting answers. Our answer was LCA over Middlesboro. LCA won the game 58-0. Looks like our house was safe the entire evening.

A local division-one, college coach called and said he didn’t want to go on the record answering on Facebook. However, he did want to tell the magazine his answer.

We talked with another agent of ours. We discussed a phenomenon which can’t be discounted this time of year. The phenomenon is referenced commonly as “having been here before.”

When you draw a Belfry, a Trinity, a Male, a St. Xavier, a Mayfield, or a Beechwood this time of year, you aren’t just battling its present personnel. You are contending with the program’s ghosts.

There are the players who have gone before, the championships before won, the sense of feeling a player in the program was actually born for this moment. The great programs have this.

Belfry has built this…particularly under the present regime. So it wasn’t a surprise when a pedestrian Belfry team, and largely one of the poorer teams (talent-wise) over the last decade, punched its ticket to Lexington. It really is the same way a Paducah Tilghman got there with the same 8-6 record with which the Pirates will run through the Kroger Field tunnel.

Here’s a news flash for the reader. Belfry runs the football.

Last night, though unofficial, we were told at the magazine Isaac Dixon gained 245-yards rushing from scrimmage in 19-carries. We were told the team gained 560-yards on the night in 54-carries.

How does a team lose a game rushing for 560-yards? Well, it doesn’t, never does, not in the commonwealth of Kentucky.

You run for over half a grand, you’re winning the football game. Period, end of dictation!

Now, we could mention that back in July of 2021, we picked the two teams who will play each other for the 3A title as numbers one and two in our preseason top-five (5) poll on this very forum. That would be bragging. We aren’t above it…just being frank about our motive.

Many of you thought us idiots when the two teams we forecast began the year 1-9 combined (Belfry 0-5, Paducah Tilghman 1-4). We advised you not to lose your collective shirts.

Here it is, on the cusp of playing for it all, and the two 3A teams still standing are the two we believed to have the best chance to take the title over four (4)-months ago. Life really comes full circle, n’est pas?

We awakened this morning and a collaborator of ours in Caldwell County Kentucky greeted us, first thing, with an amalgamated form of our initial question. He asked us, “If you had to bet your house on it and you had to pick one, Tilghman vs Belfry; who do you take? Sorry so early.”

Well, just from off of geography alone, we don’t believe he will like our answer. Princeton and Paducah are neighbors.

If we had to bet our house…we would take the Belfry Pirates. Why? They have been here, particularly recently, so many times before and that, ultimately, can make all the difference. Recent history has given us ample evidence of that.