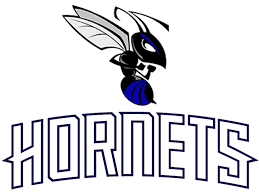 They play a little football around Pike County, Kentucky which the more sophisticated Kentucky High School football fans know full well. Belfry is perennially a powerhouse in the 3A classification and this publication has picked Pikeville High School our preseason number 1 team in Class 1A. Well, there is a new contender around the mountains and it is being led by an all too familiar face. Coach Dave Jones, himself having led the Pirates to back-to-back Class 2A state championships in 2003 and 2004 before playing for the University of Kentucky, is leading a Phelps High School football team to prominence from a history wrought with searches for relevance. It helps that Phelps has a brand new facility and it also helps it has exciting players like Garrett Clevenger on the roster.

Jones, as season ago, had the Hornets being discussed in football circles by mountain football fans for the first time maybe since the 1998 Phelps High School squad finished its regular season 7-3. Last year, under Coach Jones, the team was led by Clevenger to three opening victories over East Ridge, Sheldon Clark, and Jackson County before losing the fourth contest to Tug Valley from West Virginia. While the team finished its work slate 5-5, bowing out of the playoffs in the first round, Coach Jones and his starting QB, Garrett Clevenger, had the Hornets just a touchdown or so away from 7 wins and a trip to the 2nd round of the playoffs. Phelps lost to Fairview 32-30 and they dropped its first round game to Lynn Camp 32-26 at their place.

Garrett, though undersized, is a guy who keeps calm under a rush from what we at KPGFootball could tell from his film. He’s a spread option QB who makes a good read on the End in the bread and butter zone/read option play. Clevenger is a real threat to pull back the ball and beat your defense around the edge should the End play too fast down the line of scrimmage. Clevenger’s courage and willingness to keep the football opens up the inside game for the Hornets. Many opponents find they are more willing to defend the inside run than have to deal with the Garrett Clevenger around the end option. Now Clevenger is listed as 5-9 and weighing 155 pounds so his answer to finding a window through which to throw the ball is to move around until one opens for him. Unlike a lot of QBs however, Clevenger has the courage and level-headedness to keep his eyes downfield spying intended targets and not stare down the defenders chasing him around the backfield. With Jones calling the shots and Clevenger pulling the trigger, Phelps High School opponents are learning the Hornets are finding their stingers.