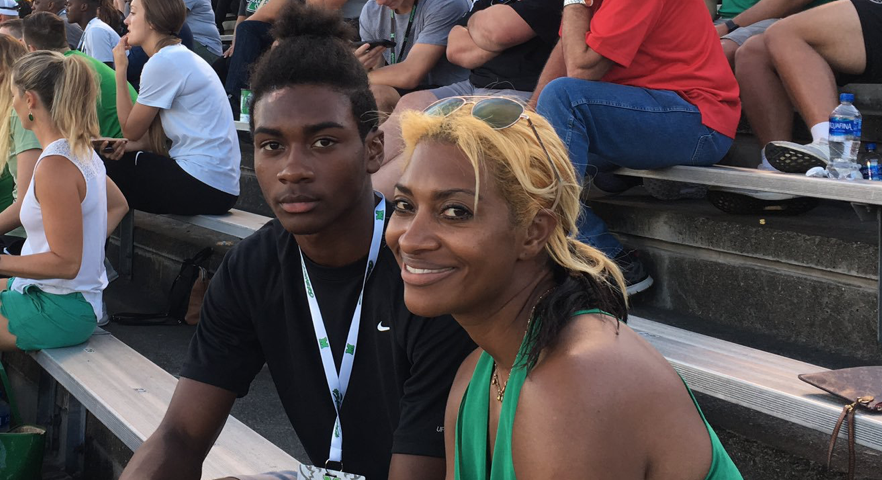 Farrier, someone firmly on the Marshall University Football program’s radar, is one of Kentucky’s very finest WR/DB prospects…whether you know it or not!

We have scouts and contributors spanning the entire breadth of the commonwealth of Kentucky. My phone rings as an eternal testament to that fact as anyone who has ever been in my vicinity on a Friday night would affirm. We literally get text-messaged scores pinging into the phone half the night. Yeah, it is a great life.

We realize we ruffle some feathers every time we vote and publish how we voted in the weekly AP top-ten polls. We have some teams voted higher then other media members. We have some teams highly regarded that other voters seem to discount or about whom they manifest they know painfully little.

Of course, deal with it, we know more about Kentucky High School football then those other guys combined. That is why, for instance, it didn’t surprise KPGFootball when Franklin County beat Anderson County this past Friday night. If you are a subscriber, read our piece predicting Friday night’s scores and you will see we called it.

We picked Franklin County over Anderson County in spite of the Flyers having not beaten Anderson County since 2015. We picked them in spite of Anderson having the loaded roster it has with Kentucky’s premier DE in Darion Dearinger doubling as a TE and bone-jarring, 2nd level or down-blocking, machine.

One of the reasons we thought the Flyers would move to 4-0 with a win over Anderson County…we know what a potent weapon Nick Broyles to Fred Farrier really is. We know Fred Farrier has been spearing spirals right out of mid-air since he was a third-grader. We know Marshall University’s Thundering Herd loves him. We know he is one of 2021’s top-three WR prospects in he KHSAA and one of its top corners too. We know way more than most of you, scratch-that, all of you.

Farrier is 6-1 and weighs 160-pounds and has splendid length, is vertically explosive, and is imbued with plenty of back-end, separation speed. Farrier is a guy who breaks an opponent’s back, time after time, with his ability to stretch the back-end of the defense.

For instance, on the last play of the first half of an earlier game this season, Farrier hauled in a pass and took it 74-yards to pay-dirt…back-breaker. Then, in the third quarter of that same game, Farrier brings in another TD pass, this time from 24-yards away…back-breaker, part deux.

Against Anderson County, Farrier hauled in a 31-yarder for a TD in the first half. Then (once again) Farrier collected a 13-yard scoring strike from Broyles on the first half’s last play. In the 3rd quarter, Broyles found Farrier again from 29-yards away for another TD. That is exactly how margins swell to 53-13…that is how teams open seasons 4-0.

As the season progresses, there are two things Friday night firmly established. One, Broyles to Farrier will continue to be a lethal combination for opponents to hope to contain. Two, the Flyers are right in the thick of title-talk in the 4A classification and figure to remain there.