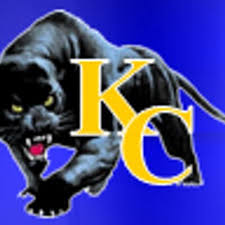 We are very excited to announce that Kentucky Prep Gridiron, in connection with a corporate sponsor whose identity we aren’t ready to disclose, will be selecting both a Freshman and Sophomore All State Team. We have our selection committee in place, and we are scouring the Commonwealth now, so candidates should really focus on finishing out this year well and, of course, those of you who have yet to join the site, need to go ahead and sign up now. This may be protected content for the exclusive viewing of our subscribers, but, then again, that will be a sponsor perogative. We are very excited about this because, like our Middle School, All-Classification, Top 20 Poll, a list such as this has never before been attempted. Sure, the Courier-Journal has All-State teams but when was the last time an underclassman has been selected to any of those? All we can say is the time has come to recognize the freshmen and sophomores who are making incredible contributions to their teams with All-State recognition publicizing their extra-ordinary ability.

Looking at Running Backs in the 2021 Class, it is hard not to notice Ethan Mills, who plays for the 7-2 Knox Central Panthers in Barbourville, Kentucky. Don’t act like you haven’t heard of him either. On August 22, 2017, this site reported Ethan’s tremendous burst onto the High School Football scene in the article entitled Ethan Mills goes off in opener against Letcher Central. In the article, we reported that Donovan Arthur, who many thought would be the feature back this year for the Panthers, was injured in the opener’s first series and the Panthers turned to fellow senior, Jermel Carton, and freshman, Ethan Mills, to carry the load. Carton, in that game, gained 150 yards and scored three times and Mills, though a freshman in his first Varsity action, rushed for over 100 yards and scored what would turn out to be the winning TD.

Since that opener, Jermel Carton has gained, in the first nine game, 1,133 yards on 116 carries and scored 12 rushing TDs, averaging nearly 9.8 yards per carry. Surely there isn’t enough carries to support any more stars in that backfield in addition to Carton, right? Wrong! Freshman, Ethan Mills has gained 532 yards from scrimmage in the first 9 games and tallied 7 rushing TDs himself, averaging nearly 8 yards per carry. On the year, through its first nine games, the Panthers have gained 1,980 rushing yards, as a team, with Mills and Carton accounting for 1,665 of those yards. Mills and Carton, by themselves, have gained a little over 84% of the team’s total rushing yards. We, at Kentucky Prep Gridiron, have a hard time imagining how anyone could hope to do any better, as a freshman, playing Kentucky 4A football. It’s not exactly like the Panthers are stinking it up around the old 6th District in the 4A Classification either. Knox Central is 7-2 overall and 3-1 in it’s District.

The bottom line is this…I am not a soothsayer and have no idea what the future may bring. I predicted early on that Mills would start at Knox Central before the year was out and earn a Varsity Letter, and that was assuming, at the time, the bulk of the carries would go to seniors, Donovan Arthur and Jermel Carton. See, Ethan Mills…Where’d He Go?, Kentucky Prep Gridiron, August 3, 2017. Here’s what I do know. Ethan Mills is having one Hell of a freshman Campaign playing for a very good team at a good-sized High School. Whenever the selection committee announces the freshman, All-State, Selections at RB, I wouldn’t be too surprised to see the diminutive speedster from Barbourville, Kentucky firmly implanted on the First Team. I suppose we shall see!