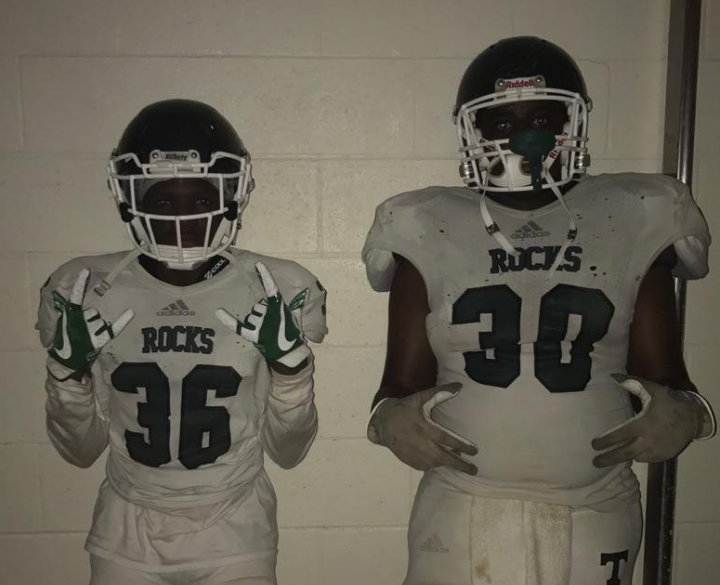 In addition to the above I wrote on June 29, 2017 that, [p]eople knowledgeable in Kentucky athletic circles consider Louisville Trinity the absolute pinnacle of Kentucky High School football. We related, at that time, that Trinity’s football program has produced 4 prior Mr. Footballs (Keith Calvin,1973; Jeff Brohm, 1989; Jeff’s brother, Brian Brohm, 2003; and James Quick, 2012) with many around the Commonwealth wondering whether Mr. Rondale Moore, committed to the University of Texas, might not give Trinity High School its 5th recipient at the end of this year. There’s a reason why we have taken you down Memory Lane this morning other than our feeling nostalgic. We are searching for context. We are about to relate something which will sound rather insignificant but won’t if given proper context. We published a series of articles called Plug-In Players in August of 2017 and, on August 10, 2017, we submitted and published the third in that series. The article was to highlight freshmen in the Commonwealth either starting Varsity or sure to be called up to the Varsity sometime over the course of their freshmen seasons. I predicted two particular Shamrocks would get the call.

One freshman highlighted was Alton Jefferson, Jr., who is a 6’2″ 220 pound guy who played for the Kentucky Future Stars Team this summer. The exact prediction was that…Jefferson will be called up in October and will finish the year on the Shamrocks’ HS Varsity team. We also wrote about Christopher Forehand, Jr. the 5’8″ 157 pound lock-down corner with fluid hips and excellent coverage skills. We told you that Forehand always takes the appropriate pursuit angle and is able to flip, get over the top of and, thereby blow up the deep stuff, and a player…who makes quick and appropriate decisions in coverage indicating he has a high football IQ, while still being capable and willing to come up and support the Run Defense. Well Jefferson, prior to last night’s game with Fern Creek, had scored 3 TDs on offense and registered 12 sacks and 20 tackles from his NoseGuard slot and Forehand, at Corner, had 4 interceptions and 21 tackles, prior to last nights game against Fern Creek, which Trinity won by a large margin, but for which we didn’t have game stats by press time.

The Freshmen Rocks, who have been called superior to the freshman team from Trinity on which both James Quick and Jason Hatcher played, have beaten Louisville Male’s freshman squad, Carmel, DeSales, Saint X twice, and absolutely crushed Cincinnati Elder 49-6 before beating Fern Creek last night 57-0 to finish its year 8-0. This team is Coached primarily by Michael Magre, himself a 1983 graduate of Trinity. Coach Magre returned to teach at his Alma Mater in 1990. Now that we have laid sufficient ground work to provide adequate context, our sources around the Trinity program tell us that Coach Beatty has called up 21 Freshmen players to join the Varsity team for its playoff run which will be begin, November 3, 2017 with Louisville Seneca. Among the October Call-ups (as we predicted) are Jefferson and Forehand. Our sources tell us this is, by far, the largest number of call-ups to the Varsity roster for Trinity the entire time Beatty has been there. We are further told that James Quick’s freshmen class only had 8 called up in October, and, yes, James was one of them.

In summation, we really can’t imagine just how any class can add much luster to what is already the shiniest football tradition in Kentucky. What really has to scare the bejesus out of future Trinity opponents is Beatty’s reported belief this is the deepest and most talented freshman class he has had since being at Trinity. If your team has scheduled the Shamrocks anytime the next few years, that has to be a thought which may keep you up at night!

This is Fletcher Long reporting on behalf of Kentucky Prep Gridiron, reminding you to PLAY THROUGH THE WHISTLE!