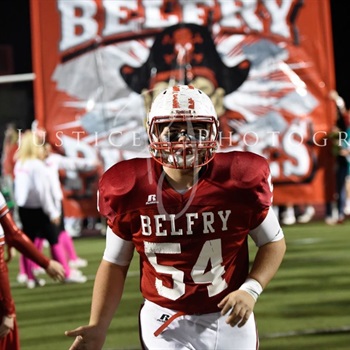 There is a famous compliment once paid to football players at the United States Military Academy at West Point about which I am sure Dagen Rash will be told when he visits the school in Orange County, New York which sits upon the strategic high ground overlooking the Hudson River. Interestingly enough, the words which would come to be of utmost importance to the cadets at West Point, since first spoken, were spoken by a famous General who, himself, never attended the United States Military Academy at West Point. General George C. Marshall graduated from the Virginia Military Institute. As the story goes, General Marshall, Chief of Staff for the U.S. Army at the time, needed an officer to train and lead a ranger-type battalion on a secret mission. He requested the Secretary of the General Staff to obtain this officer.

In making the request, General Marshall’s orders were simple and concise. I want an officer for a secret and dangerous mission. I want a West Point Football player! At every game, home or away, Army, West Point, Football players will take the field after placing their hands on a bronze plaque as they pass by an Army officer affiliated with the team. That plaque has become known as the Marshall Plaque. The wording on a bronze plaque, placed near the southeast corner of Michie Stadium, has been recognized over the years as a splendid compliment, not only to West Point, but also to the long line of West Point football players who many still consider a unique breed among participants in FBS college football. Source.

It would appear to KPGFootball that The Long Grey Line is interested in adding a mountain man to its number. Belfry High School’s Dagen Rash has been invited to, and has, subsequently, set up a visit to the United State’s Military Academy. The visit will occur the weekend of June 7. Dagen is an exceptional candidate to play football at such a prestigious institution for reasons other then just his being the best guard in Kentucky’s class of 2019. Rash has a 3.95 GPA and a 26 on the ACT. Dagen, a mountain kid who played a lot for Belfry as a freshman before moving down to Florida, came back to the mountains last year to finish up his high school playing career under the tutelage of legendary coach, Phillip Haywood. Rash is a 2019 player and all you have to do is watch his highlights to learn what kind of player he is. At KPGFootball, we believe him to be the best guard in Kentucky’s 2019 class, if our opinion counts for anything.

Dagen, a 6-3 270 pounder, is a player who, at the next level, figures to play either guard or center along the offensive front. Rash runs the 40 yard dash around 5.24 seconds and bench presses well above 300 pounds while squatting well over 500 pounds. Dagen Rash is a member of an offensive line which many around Kentucky consider the very best front five in Kentucky football. That line is a large reason why Belfry has been picked to win the upcoming season’s class 3A State Championship. In addition to his being the best guard in his class in Kentucky, he lines up next to the best center in Kentucky in the class of 2020 (Ethan Wolford) and together the tandem provides sufficient enticement to run up the middle, which is something Coach Haywood has shown a willingness, throughout his illustrious career, to do anyway. Haywood certainly did that a lot this past season as, behind 2017’s o-line, Belfry High School gained 4,813 yards rushing and boasted two 1,000 yard plus running backs, in Taveon Hunter and Derek Wellmen.

For the benefit of other coaches looking to get in on the Dagen Rash sweepstakes, Dagen may be reached with email to Dagenwr@gmail.com and his father, himself a coach, is universalderek@aol.com. Coach Haywood can be emailed at PhillipHaywood_Belfry@hotmail.com.