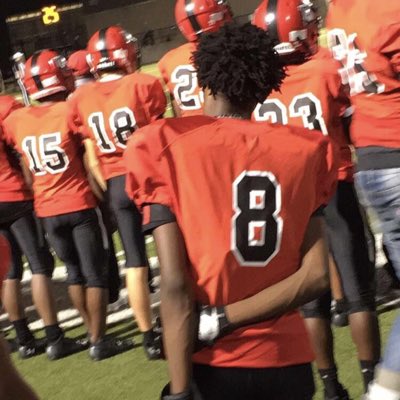 For those of you who think we never write about out-of-commonwealth prospects, you obviously don’t remember all of our coverage of the Bret Cooper Junior Academic All-American game or the articles we did featuring the big TE prospect from Detroit (Michael D. Williams, II). Point is, we do feature players outside Kentucky, though rarely.

We probably should do it more regularly. They sell Mingua Beef Jerky all over the country!

I don’t know how many of you fans remember the late Al Davis, the former executive who practically invented Raider mystique and stood as the face of the franchise until his death in 2011, but the older ones among us sure do. Davis believed the game of football boiled down to a single word. That word was “speed.”

Davis built the professional franchise around it. He was fond of saying “speed kills.”

We believe that around the magazine. We would add speed also “thrills.”

Most people who have played the Opelika juggernaut of an Alabama football program would tell you the reason the Bulldogs are so perennially successful (10-3 in 2020) is the school gets fed sick, filthily, athletic freaks from off the Junior High roster. Opelika will never run out of athletes. If you are going to beat them; out athlete(ing) them, most years, will be “out of the question.”

They have another sick-athlete enrolling in high school this coming Fall. His name is Jamari Miller.

Jamari is only 5’7″ and still growing. He has lots of height and frame still to add. At any height and for his present frame and stage of development, he is filthy fast.

Here’s the highlight of a kick-return from this past middle school season. Watch Miller pull away from the pursuit. Film never lies. That “eye in the sky always gets his guy!”

Miller is a slot receiver now and we believe he will start out there in high school and will play both early and often. As Miller lengthens, we wouldn’t be surprised to see him out wide and we can’t swear he won’t end up in the defensive backfield.

Now there are other middle schoolers who are likely to get featured on this list of ’25-No Doubters. We feature this guy today as a top middle schooler from out of a football rich area like Alabama for frame of reference for you Kentucky ’25s looking to align in the slot your freshman seasons.

Miller intrigues us as a prospect and, for that matter, so do the in-KY “Miller-types.” He’s a very good basketball player who has tons of vertical explosion, all representing skills easily relatable to both the gridiron and the hardwood.

We have seen video of him jumping up to the rim on a 10-foot goal, which at his height (5’7″), would make his vertical around 29-30-inches. Extrapolating that number to a likely 40-time, we would estimate his 40 to be in the area of 4.9 or so seconds; which is flying at his physical stage of development and with his height and leg length.

We feel sure around the magazine this is a prospect from whom you will be hearing much as he begins his high school journey. We see him being an “Imonte Owsley-type” weapon for the Bulldogs going forward.

KPGFootball seems to remember Mr. Monte being pretty lethal when he played for Owensboro Senior High School, back in the day. Then again, what do we know?