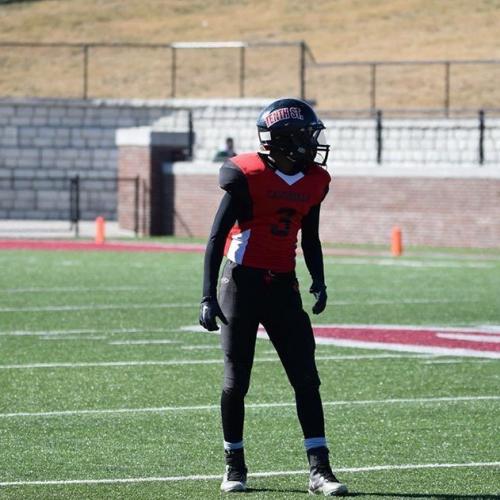 We have had speed in the Tennessee-Kentucky Future Stars Classic before this year, let me assure you. Three years ago, Tennessee boasted a kid, in the 7th grade, who ran a 4.5 second, 40 yard dash. Before everyone calls BS on that time, the kid was the National AAU Track Champion in the 100 meters that same year. I am unsure of his 100 meter time when he was in 7th grade, but his 100 meter, FAT (fully automated time), was 10.4 seconds his 8th grade year. He registered that time in an official track meet at Tom Black Track on the campus of the University of Tennessee. His name is Elijah Howard and he won Offensive MVP for Tennessee that day in a game Tennessee won 32-0.

There is a standard, industry recognized difference between an athlete’s FAT and a hand timed forty. That is why I take the time, in reporting a football player’s forty time, to denote whether it was a hand-timed or laser timed measurement. There have been articles written about the existence and reasons behind the fact the laser time is always slower than the hand timed forty yard dash. One of these articles is linked here.

The most often cited reason is that the difference between the two comes form an inherent human delay of starting the timer after the athlete initiates the run. Simply stated, the athlete is believed to have started the run slightly before the coach can depress the start button. Further compounding the inherent variabilities are differences between athletes, coaches, time of day, weather conditions, and various other factors. Regardless of why, it is generally acknowledged by professionals that hand measured times are always faster than electronic times, although exactly by how much has yet to be pinpointed. You may be wondering why I decided, in this article, to give you a mini-dissertation on hand versus electronically timed forties? Well there is a reason.

The guy to the left of this paragraph is DeDrick D-shock Hamilton. Hamilton is an 8th grader, who has recently turned 14 years old, and who attends Hamilton Highland Middle School, as best as we can tell at KPGFootball. DeDrick, who is called D-shock, played football for our friend, Joe Thomas, and his 10th Street Cardinals. Hamilton carries a 3.1 GPA academically, in addition to his formidable athletic accomplishments. Now, the 10th Street Cardinals routinely produce some of the best and most athletic football talent that either the commonwealth of Kentucky or the city of Louisville has ever boasted. The annual rosters of Team Kentucky, particularly in Future Stars’ football, is littered with them yearly. DeDrick attended a recent Rivals camp in the Nashville, Tennessee area and registered a fully automated, forty yard dash time of 4.572. That is not only freaking phenomenal but D-shocking as well. Other than maybe Elijah Howard for Tennessee, that FAT, in my mind, makes Hamilton, a 5-8 inch wide-receiver on the Kentucky Future Stars’ 8th grade team, the fastest player Kentucky has had on its roster in the now four years I have been involved with the annual series. When Hamilton splits wide for Kentucky this summer, the only advice I can possibly give our friends from Tennessee, hoping to not get torched deep is to…well…BACK-UP! Failing that, they might just be in for the D-shock of their young lives.