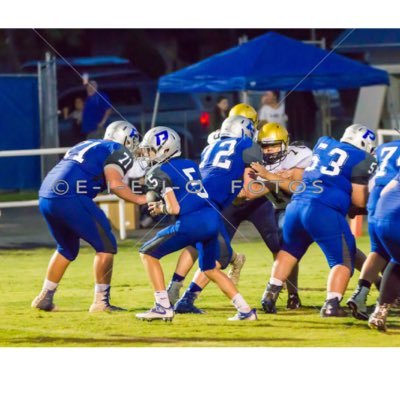 We particularly pride ourselves at KPGFootball in evaluating linemen maybe above every other position. There are various components to being a quality lineman in today’s football which didn’t exist in the old days. When I was in high school, linemen basically had one-level responsibility. The job was simply to block the guy across from you. If no one was head-up, climb to the second level and get a hat on someone. We trapped and pulled, sure, but we didn’t do much in the way of reaching. If one was sufficiently bulky, and maybe not so mobile, we still would put him upfront and let him just belly-rub the defender enough to let the ball-carrier to break through to the linebackers. Most of our running plays hit quickly so, if we got flanked, it didn’t matter because the play would be past the flanking defender before he could tackle the running/full-back anyway. Defensive linemen had to fight through an o-lineman’s head to make plays. There was a premium on o-linemen sufficiently bulky to not easily be bulled over. An o-lineman’s being skirted wasn’t going to net the defense much of anything.

That was then…this is now. Now, o-linemen have to be able to move their feet, swing their rears around to the hole, reach outside defenders to seal them inside, and block down-field zones clear out to the safety. With reaches, step-arounds, chip and climbs, combos, doubles, and the like, o-linemen are rarely just blocking the guy in front of them nowadays, though I am not advocating just letting the guy across from you go unaccounted. That’s why, in high school football today, we seem obsessed with 40 times, 10 and 20 yard splits, pro-agility shuttles, broad jump, and verticals. O-linemen today have to be really good athletes. We are looking for o-linemen with multi-level blocking speed, quickness, power, explosion, and strength. We look at lifts and movements in the weight room which build strength, power, and explosion. A guy who is working as hard as any o-lineman in Kentucky, in the class of 2022, to build these characteristics in time to contribute immediately in high school is Paintsville’s Jake Lewis.

Jake Lewis is a big body guy who is using this offseason to get himself ready to either start for or greatly contribute to his Paintsville High School team. He recognizes that bullying smaller guys around a middle field was fun, but those times are gone. Lewis, at 5-10 and weighing in the neighborhood of 240 pounds is putting in work in the weight room. I have seen it reported that his bench press is well-over 205 pounds and his power clean is in the 185 pound range. Lewis is a kid who is planning on contributing to Coach Joe Chirico’s sixth district, class 1A Paintsville Tigers, who finished last year 11-2 by losing in the Regional Final to State runner-up Raceland. The Tigers lose one of the most dynamic, powerful, explosive, and accomplished players in the commonwealth of Kentucky in Tyrese Allen who has taken his 6-3 inches and 290 pounds of awesome to play for the West Virginia Mountaineers. Paintsville, Kentucky re-loads; not re-builds and entering freshman big-man, Jake Lewis, is one way Coach Chirico intends to restock the Tigers’ cupboard.