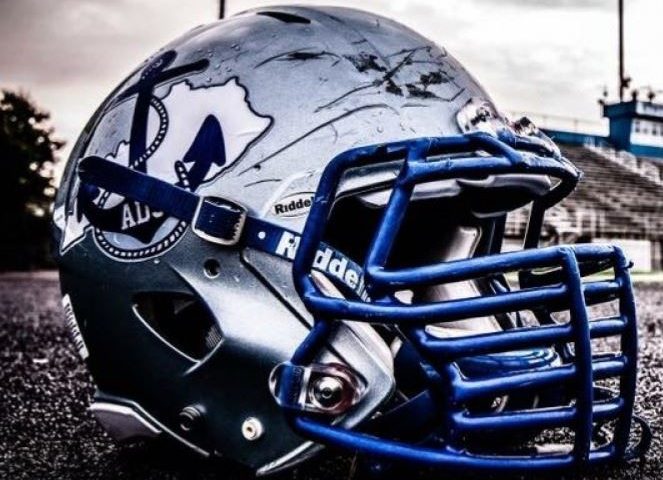 Every one last year focused on Dmauriae VanCleave, and, perhaps deservedly. He caught 82 footballs for 1,095 receiving yards with 14 TD receptions. VanCleave gained 762 yards from scrimmage and 11 TDs rushing. VanCleave had 6 interceptions and scored several TDs on special teams. VanCleave, who may have been the fastest player in Kentucky a year ago, outside of Louisville, was dynamic and a once-in-a-career talent who had a tremendous impact on the Admirals’ football team. Another guy who’s impact on the team was tremendous a year ago, and who is returning his 6-4, 182 pound Zach Thornton. Thornton doubles as a QB and a FS and, at the bottom of this feature there will be highlights of him playing both positions.

First of all, as a QB in 2017, Thornton was nothing short of brilliant in his play. He completed 187 of his 290 passing attempts, for a completion percentage of .645, with 37 passing TDs, only 5 interceptions, and 2,576 passing yards on the season. We really don’t tabulate QB Ratings but the figures above would denote quite an austere QB Rating if we were prone to figure such things. Now, in addition to VanCleave, Thornton has also lost, for the coming year, downfield targets David Walker and Jaleel Warren, whom, when taken together with VanCleave‘s production, the three players combined for 158 receptions out of Thornton’s 187 completions and caught 30 of the 37 TD passes attributed to Thornton not to mention the three teaming with Thornton for 2,180 of the 2,567 yards gained through the air. The loss of the three can’t be discounted.

Now on the ground for the Admirals, who will be without DonLevy Harris who gained 1,138 yards rushing in 2017 with 14 rushing TDs, the Admirals will be able to rely on Thornton to pull the ball down and get downfield himself. Thornton, who was a true dual threat QB in 2017, gained 495 yards rushing in 107 carries a season ago and had 9 rushing TDs to his credit. On a team which had several legitimate stars dotting last years roster, we tend to overlook just how fantastic of a player Thornton was for Danville High School.

We mentioned above that Thornton also plays free safety. Well, it is fairly dangerous to play a QB on defense who throw for over 2,500 yards and 37 TDs and accounts of 9 TDs rushing from scrimmage on top of his aerial attack. I mean, what would you do if he were to get injured and be lost for offense? His back-up, Griffyn Spencer, Class of 2021, was 3-3 for 28 yards and a score in 2017 over the course of 15 football games. I am sure he is great and waiting in the wings until it is his time to shine, and with Thornton gone at the end of the year, he will get his opportunity in 2019, but Spencer was a freshman a season ago. Being pressed into service owing to an injury to Thornton wouldn’t have been ideal. Regardless of the danger, the Admirals did play Thornton at free safety and he had 18 tackles on the year with 14 of them being solos. The reason I bring it up is there are several schools, each one of which are interested in Thornton continuing both his athletic and academic careers on its campus. The interest in Zach, we are told, is in him potentially playing free safety. Zach has tremendous height and length, with good speed, making dropping a ball over top him, with his length, a dicey proposition. I mean isn’t the free safety the QB of the back four? I have always heard that he was.

In 2018, Danville has to replace VanCleave’s 6 interceptions and DonLeavy Harris’ 117 tackles, so it is entirely possible Thornton‘s role on defense may expand over what was asked of him in 2017. That is one propositions about which we might have to wait and see. Regardless, Thornton is one of the most productive and efficient QBs returning in the Commonwealth of Kentucky and it will be interesting, going forward, to see how well he does targeting different players than the ones on whom he so fully relied over the course of his junior year.