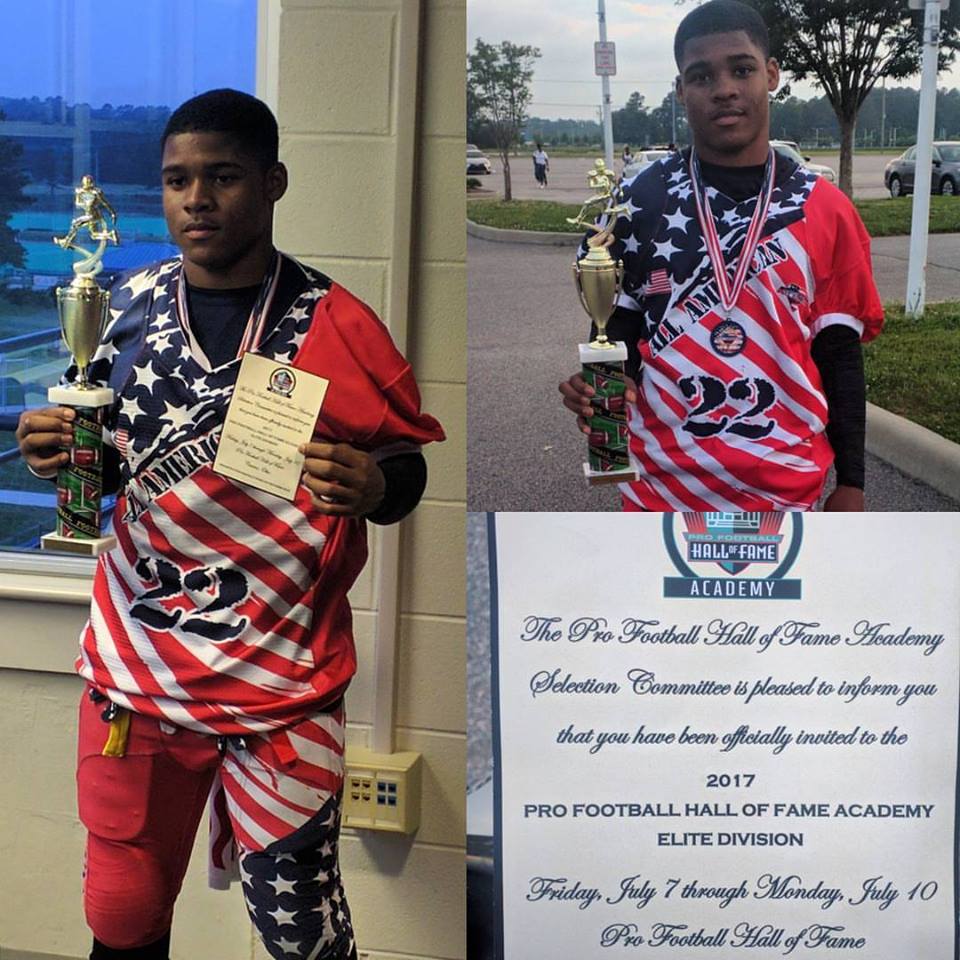 Just like he did at the Kentucky East-West Middle School All-State Classic, Jaylin The Boss Bross is the Offensive MVP and, this time, it was earned at the Diamond All-American Game.  Along with his MVP award, Bross earned an invite to the Pro-Football Hall of Fame Combine.  Jaylin gashed the White All-Americans in the Red-White Diamond Spring Classic which occurred yesterday in Virginia Beach, Virginia.

As an interesting side note, Chris Vaughn from Aspirations Gym reached out to me and informed me the running back for the White team, Austin Oppel, who if he wasn’t the White teams Offensive MVP we didn’t watch the same game, is the same Austin Oppel who is on the Kentucky Future Stars Team which will play Tennessee next month in Clarksville, Tennessee.  I remember his performance leapt off the screen but my recollection is that the announcer, during the game, kept reporting that Austin Oppel was from New Jersey.  It would appear he was mistaken.  In very short order I will be writing a feature about Austin Oppel as Jaylin and he were obviously the outstanding offensive performers for each team.  Man, with Austin Gough, LaVell Wright, Ethan Mills and Austin Oppel all playing RB on Kentucky’s Future Stars Team,  Ricco Hughes and LaKunta Farmer are going to have to find a lot of footballs.

I don’t know Jaylin’s final statistics, but pretty early in the 4th quarter I had him at over 80 yards from scrimmage in 8 carries.  Now the Red Team was on the short end of the score but that really doesn’t matter.  These games are showcases and, while he wouldn’t be The Boss if he didn’t want to win every game, the Red coaches substitution and deployment patterns told me they weren’t the least bit concerned with the final score.  I know it’s frustrating Jaylin, but that is an All-American game for you.

Regardless Jaylin, both Oppel and you made the Commonwealth and Kentucky Prep Gridiron both very proud and validated both your persistent inclusion on All-Star teams and our opinion you two are definitely among the best at your position in Kentucky and America.  Good job boys and…