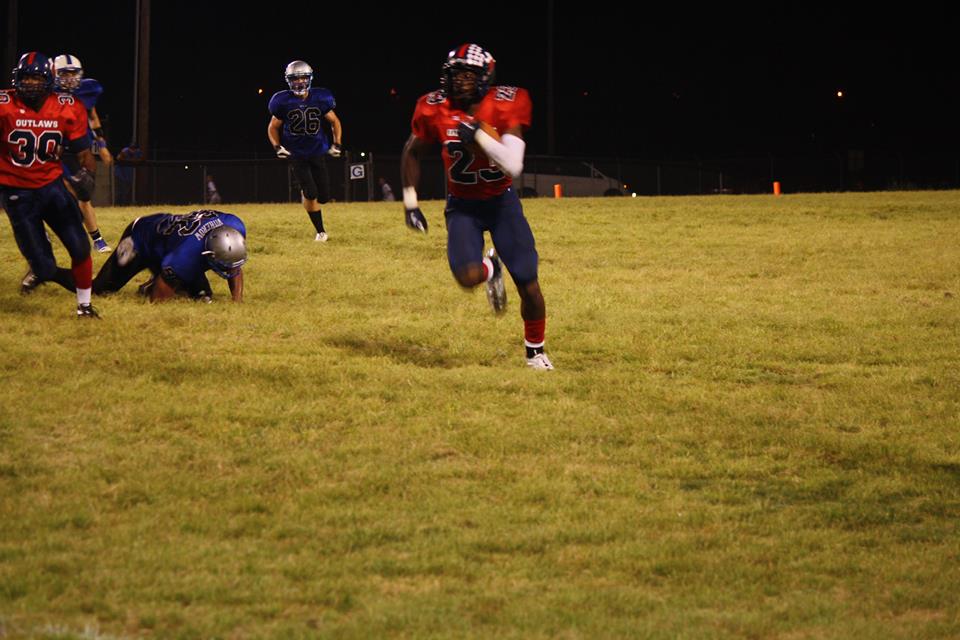 Hopkinsville High School and The Silver Fox, Craig Clayton, have announced naming Tim Wharton Sr. its Head Football Coach for the Freshman Tigers! Wharton, above pictured, played his prep football for the Christian County Colonels where he played receiver and defensive back before playing collegiately for the Kentucky State University Thorobreds. After college, Wharton played semi-professionally for Head Coach Darrell Keith and his Christian County Outlaws.  While an Outlaw Wharton earned All-American accolades in the Semi-Pro ranks.

Coach Darrell Keith was reached concerning this hire and said the following, Tim was an excellent student of the game when he played for me and I always knew he would make a fine football coach one day. Well, Kentucky Prep Gridiron, being familiar with Coach Keith and his philosophy is thrilled with a hire from off his Coaching Tree as Darrell Keith has a fantastic record in the coaching ranks. Coach Keith teaches a brand of football centered around physical and mental toughness, running the football, and defending the run which will translate well to Freshman Football and develop future Varsity Tigers who will know something of playing hard nosed, tough and physical football. Let me tell you something, hard nosed, tough and physical football is going to win a lot of games at any level.

Kentucky Prep Gridiron welcomes Tim Wharton Sr. to the HHS Coaching staff as we continue to be impressed with what Craig Clayton appears intent on building at the 4A Kentucky powerhouse. This was a smart move and will pay big dividends for the Tigers on down the road.