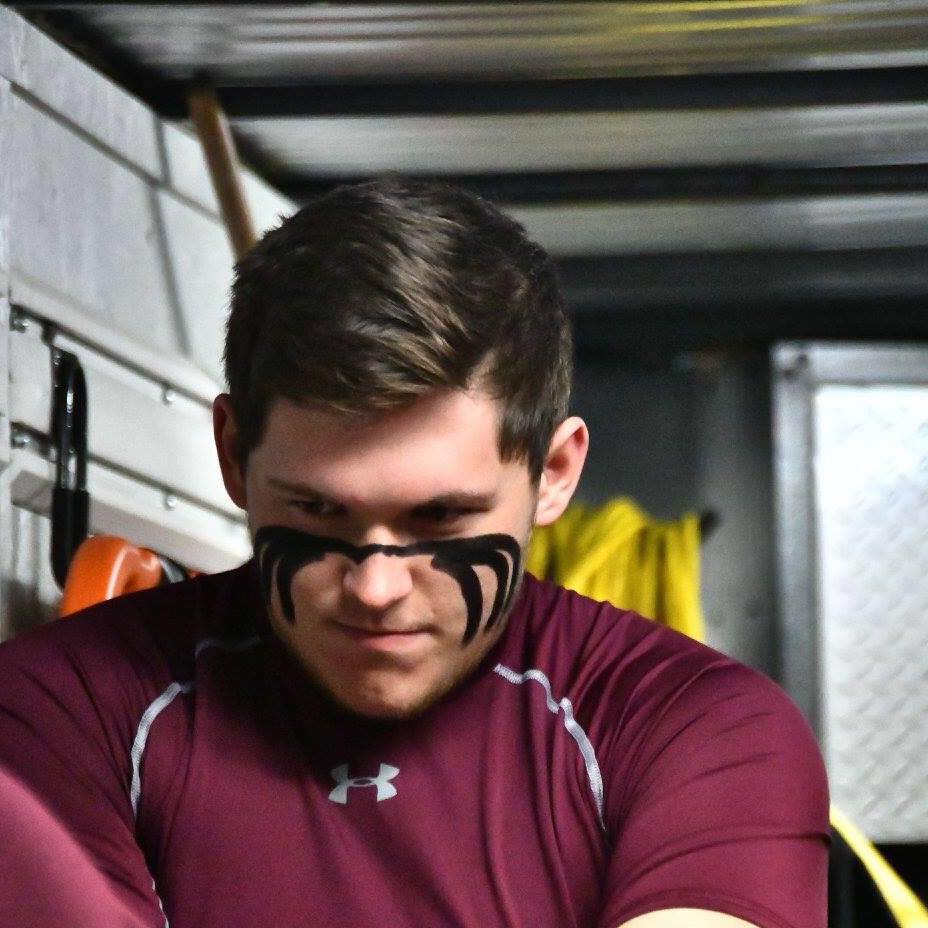 They have a festival in Pamplona, Spain called The Running of the Bulls which, I am told, originated in the 14th Century, during which six bulls are run from the fields outside of Pamplona to the bullring. During the run, people jump among the bulls to show off their bravado. There are usually six, or so, bulls in the annual, world famous event. Well, we at KPGFootball couldn’t find six Bradyn Hunters, a.k.a. Bull, largely because we seriously doubt there are even six anywhere in Kentucky. We did run our Bull through his paces at the Mountain All-State Combine and were really impressed with our findings. Braydn Hunter, a Class of 2019 prospect being presently courted by Division 1 College football teams from a wide area spanning Tennessee, Kentucky, and West Virginia, is a 6-2 and 282 pound….well, frankly, a Bull.

After talking with several colleges recruiting Bradyn Hunter, it is believed the Bull is likely to play along the interior of some lucky team’s offensive front in college. With his incredible wing-span, strength, power, explosiveness, speed, and quickness it can’t be ruled out that he might end up along a defensive front instead of playing, next level, on offense. Bradyn, pictured on the far right of the frame to the left of this paragraph, in sharing top honors at our combine for his position ran a 4.91 40 yard dash up in the Mountains, ran a pro-agility shuttle (5-10-5) of 4.72, ran the L-Cone drill at 7.6 seconds, and bench pressed the NFL combine weight of 225 pounds, 11 times. Calculating a one-rep maximum lift, using the bench press calculator repping at that weight, 11 times, is approximately a one-rep maximum of 306 pounds. Since I happen to know Bradyn has a registered bench press maximum lift of 305 pounds, that should be, at least, some evidence of the accuracy of the muscleandstrength.com bench press calculator.

We featured Bradyn on June 15, 2018 and reported, at that time, some of his registered power numbers. In addition to his benching 305 (at least) pounds; he also squats 510 pounds, both FBS numbers for a rising 2019 offensive line prospect. Pikeville High ran for 2,531 yards, last year, behind a Hunter anchored offensive front and has a close to 1,300 yard ground gainer in Zach Roberts returning who will attest to Bradyn’s ability to open creases through which he was able to run. Hunter is drawing a ton of FCS interest as well as FBS attention from schools like Marshall, who appear interested in  adding this Bull to its Thundering Herd, and others who know of his prowess and athleticism. It makes good sense too. If people can go to Spain to watch six bulls run in Pamplona, why wouldn’t a few venture to Pikeville to watch this one? He’s just as likely to run you down and bowl you over as the Spanish six.