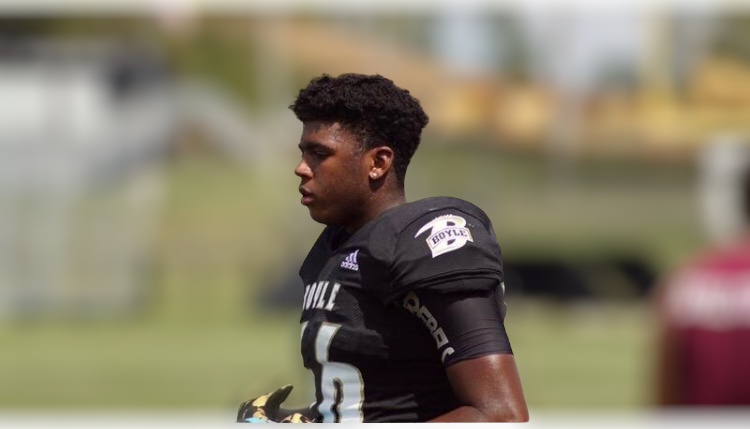 Well it is the Mingua Beef Jerky Bowl Friday night and the premier matchup in Kentucky High School football is on the docket. What a night!

Boyle County, the defending Class 4A football champion and among the favorites to win it this year too, is traveling to Lexington, Kentucky to play 5A’s top-ranked football team and perennial “bully,” Frederick Douglass. We thought we would lay out for you the principals and project a winner.

First of all, at the all important QB position, this game will pit two of Kentucky’s premier players. Jagger Gillis‘s numbers speak for themselves as do those of Samuel Cornett. If you are a fan of recruiting, Cornett has the edge in physique while Gillis has all the intangibles. Edge: Even

Both of these teams run the ball very effectively. Boyle spreads around the wealth and doesn’t have a traditional primetime back like it had a year ago in ’21, 4A Player of the Year, Will McDaniel, now at Centre College. The Broncos haven’t shown the ability to just line it up and get “toe to toe” as it has heavily relied on the passing game. Edge: Boyle County

This is a real dilemma here. On the one hand, Cole Lanter is having an incredible season. Then there is Dane Key, who is regarded by about every recruiting service in Kentucky as the commonwealth’s top receiving prospect. Being a prospect doesn’t always mean you win on Friday night however. Cameron Dunn‘s being able to align on the other side from Key gives the Broncos a slight edge here. EDGE: Frederick Douglass

Jackson Smith is the best place kicking/punting prospect in the Bluegrass, period! The UK commit is converting over 90% of his PATs and over 70% of his field goal attempts. He has plenty of leg too. Cooper Ranvier has similar numbers in both PATs (91.2%) and FGs (66.7%) though with fewer opportunities. This one is close but we are giving a slight edge to Boyle County owing to Smith being the superior punter. EDGE: Boyle County

Hard to say which defense is better yolked. Stone, Sims, and Zeismer are as good as they come and Ziesmer is among the best DEs anywhere in Kentucky. On the other side, Ty Bryant is among the hottest prospects around the commonwealth and Japhia Kennedy and Obadiah Commodore have tremendous upside. We believe the Broncos have a slight edge here at two of the three defensive levels. EDGE: Frederick Douglass

These next two categories we have lumped together. You see, extra possessions might mean a lot in this particular game between two powers who are equally talented though in different ways. Boyle County has forced nine (9) fumble on the year, recovering eight (8) to included two (2) “scoop and scores.” The Broncos have forced six (6) fumbles and recovered seven (7), without any “scoop and scores.”

Coaching and intangibles: Boyle County has won so many championships the town is called “Title Town.” Sure, Danville High has mightily contributed to that; but you know what we mean here. Justin Haddix, the head coach at Boyle, won a title last year getting the veritable “monkey” off his back from years at Corbin of “close but no cigar.”

Nate McPeek seems to always have this team in the hunt but they haven’t broken through. However, the Broncos have won many a “big time,” regular season tilt, don’t you fret over that. The Broncos from “head to toe” will have the superior athletes on both the field and its roster. The Rebels will have a lot of skilled and well coached athletes who live to bring home glory to their beloved city, county, and school.

We think this will be a real squeaker. We like Douglass just because they are at home.