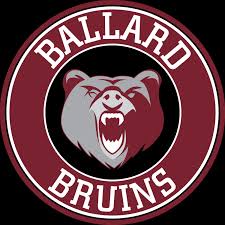 In a crazy offseason of transfers of star players between prestigious programs in Kentucky High School football, here is just another such story. KPGFootball has been able to confirm through multiple sources we that the Christian Academy of Louisville’s starting QB from a year ago, Austin Carr, will enroll and play football this upcoming season for the Class 6A, District 4 Ballard High School Bruins. Austin Carr is a Class of 2019 QB who formerly played for one of Kentucky’s most renown QB gurus in former University of Louisville QB, Stefen LeFors at Class 2A powerhouse, Christian Academy of Louisville. LeFors won the Class 2A State Football Championship in 2016 and in 2017, a rebuilding year, was able to take the Centurions back to the KHSAA State Semi-finals before losing at Mayfield to State finalist, Mayfield High School 21-14. Austin Carr has a little brother named Connor Carr who is one of the top running-backs in the Kentucky Class of 2022 and who is believed to be entering the ninth grade at Ballard to join his brother. We featured Connor on KPGFootball back on May 22, 2018.

Austin Carr is 6-3 and weighs 185 pounds and attended the inaugural, LeFors QB Challenge in 2017. For the Centurions in 2017, Austin, a 2019 prospect, played in 10 of the 14 games and completed 72 of his 130 passing attempts for 1,124 yards. Carr threw 11 TD passes and was intercepted only 3 times, with an overall completion percentage of .5538. In Carr‘s absence, it is believed the reigns to the Centurion offense will be handed over to Grant Russell. Russell, who played sparingly a season ago, was extremely effective in his limited roll. Russell completed 10 of his 12 passing attempts for 181 yards passing and 2 TDs. The Centurions figure to be prominently in the chase for the 2018, Class 2A, State Football Championship and either has been or certainly will be highly regarded both by us and other publications across the Commonwealth.

Now the situation at Ballard may be attractive for an aspiring QB, though the competition a bit daunting. District 4, in the 6A classification, is widely considered the toughest district to win in Kentucky, and maybe in the midwest, as it contains perennial Class 6A State Football Championship contender Louisville Trinity. Last season, though finishing the regular season 5-5, Ballard finished with a 3-1 district mark, good enough for 2nd. The Bruins have graduated its fantastic QB, from 2017, in Terrance May who completed 149 of his 281 attempts for 2,329 yards and 25 passing TDs with 11 interceptions. The Bruins needed every one of the passing yards too as they only ran the football a year ago for 916 yards as a team, a figure which doesn’t figure to cut the mustard against the competition it plays. While Carr figures to step into the lineup, as opposed to starting rising sophomore, Larry Cummings, Jr., he will still be able to target 2017’s most prolific receiver from last season in 2019 prospect, Elijah Downing. Downing caught 40 passes a year ago for 826 yards and 10 TDs receiving. The second and third most productive receiving threats, Marshon Ford and Christian Horton, have both matriculated.

How Carr fits in at Ballard: Well, Austin Carr or no Austin Carr, the Bruins still have to address its deficiencies in the ground game. Carr only rushed for 121 yards a season ago, against 2A competition (albeit the elite of 2A) with 2 rushing TDs so he really doesn’t possess the skill set to loosen up the ground attack from the QB position. Carr should see his passing numbers increase and his brother Connor entering the 9th grade class may be fortuitous as Ballard will need help running the football and we have seen 1,000 yard rushers come from the freshman class previously. It doesn’t happen often but it is also not completely unforeseeable. Overall, I believe it really bails out Ballard more so than it hurts CAL. The Centurions have shown they can chug right along no matter who departs and who remains, look at last seasons’s 11-3 work slate. Ballard needs some help at the QB position before turning it over, full-time, to Cummings when Cummings enters his Junior Year.