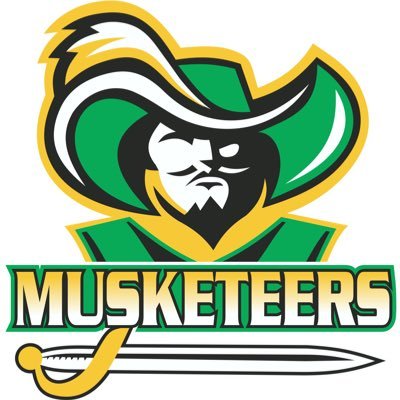 If you pour over statistics, and that is pretty much the life-blood of what we do here at KPGFootball, you might easily arrive at the conclusion this upcoming season (2018) is the one to which the program has been pointing as THE TIME, if there’s going to be one soon. Last season, Coach Scott Grizzle‘s Musketeers were 6-5 and lost by four on the road in the first round of the playoffs to Bourbon County. While Greenup County finished 2017 6-5, had they not lost by four at Bourbon County in round one, by four during the regular season, on the road at Fleming County; or by six, on the road, to Ashland Blazer, during the year, everyone’s recollection of the 2017 season would be much the sweeter. The point is…this is a good ball club who suffered from the all too afflictive malady of youth and inexperience in 2017. Now, that same talent is a year older, a year wiser, and a year more experienced.

The passing game, at the skill positions, returns almost in tact. Sure, the Musketeers will miss departed receiver Isaiah Greene who caught 36 of Eli Sammons‘ passes in 2017 for 538 yards receiving and 5 TD receptions, but the two leading receiving threats from 2017 will be seniors in 2018. In 2017, Patrick Kelly was Sammons‘ most reliable target, corralling 55 passes for 726 yards and 7 receiving TDs and, the reliable second option a year ago, Brecken Thomas, also a senior in 2018, caught 37 balls for 483 yards and 7 TDs receiving a year ago. The trigger man for the air assault, Eli Sammons is a QB photo-type in stature and frame at 6-5.5 and a slender but wiry 195 pounds. The 2020 QB prospect threw for 2,432 yards, over his team’s 11 games, and contributed 27 passing TDs against only 10 interceptions while completing 184 of his 316 passing attempts for a completion percentage just over 58%.

So, great, the Musketeers can throw the football; however, that doesn’t mean a lot where a team is unable to run from scrimmage. That may make the 5-9, 150 pound combo RB/Corner, Dalton Halstead, as valuable as any returning player. Halstead, a 2019 prospect, over his junior year in high school, gained 1,189 yards in 194 rushing attempts (6.129 yards a carry) tossing in 13 rushing TDs to boot. Halstead was quite a threat, out of the backfield, in the passing game as the rising senior caught 21 of Sammons’ aerial deliveries for 420 yards and 6 receiving TDs. While Greenup County didn’t publish it’s defensive statistics from a year ago, other than the Musketeers allowed 244 points, 2,178 yards rushing, and 1,070 yards passing in its 11 contests, we do know Halstead recovered a fumble on the year. Halstead kind of burst onto the scene in 2017 as, in 2016, he logged only 2 carries for 2 yards in varsity action as Greenup County went 7-5 over the course of that season.

So, on the very threshold of the 2018 football season, the Musketeers have one of the best QBs in Kentucky returning with two of his favorite targets and a rising senior RB coming off a thousand plus yard season. The Musketeers have to play much better run defense, but with an offense like it puts on the field being a year older, and more experienced, the team can better manage, in 2018, a defense allowing 22.18 points a night than it was able to manage in 2017. Overall, Musketeer fans should be prepared to witness a very exciting brand of football in 2018 that should meet with success on the playing field. It could be a special season in Greenup, Kentucky.