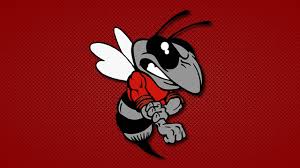 One thing we have tried to do at KPGFootball is give coverage to the forgotten men of the game whose efforts almost go completely unrecognized and uncelebrated. It is easy to praise skill position players who run for so many yards, throw for so many yards, and catch so many passes. It is even easy to glorify the efforts of defensive, front-seven, players, who make so many tackles, sacks, etc. Players in Kentucky under the varsity level (JV, Freshmen, Middle-School) are ghosts. They don’t exist. The same can be said about offensive linemen. Everywhere but on KPGFootball, they too are ghosts. Today, we will profile another of these forgotten heroes of Friday Night, another of these ghosts, another player whose contributions are not lost on KPGFootball, even if they are lost on almost everyone else. Today, we give you Class of 2020, Jesse Gray, of the Hancock County High School Hornets.

To the casual football fan, exactly how an offensive lineman, like Jesse Gray, contributes in a tangible way, worthy of coverage, is as fuzzy as the picture to the left of this paragraph. But to people who know football, the picture is much more clear. I will give you an example. There is a football team, in Kentucky, which is a powerhouse and competes regularly, in its classification, for the State Football Championship. This team had a 2,000 yard rusher in 2016, who was injured and lost for the year, the first game of 2017. No sweat. This team handed the rains to a senior who went out and gained 1,900 plus yards and scored 25 rushing TDs in 2017, picking up the yoke for the injured player. Now you can believe this team has two-thousand yard rushers up and down the roster as bountiful as peaches in a fruit orchard; or, just maybe, this team has one Hell of an offensive line. I know what I believe.

Jesse Gray, all 5-10 and 240 pounds of him started up front last year for the Hancock County Hornets in Lewisport, Kentucky. He was an offensive guard who started in 2017, which was his sophomore season. Behind Gray, and his cohorts, the Hornets rushed for 2,713 yards from scrimmage over twelve games. That works out to a little over 226 yards rushing a game for a backfield without a single 1,000 yard rusher stationed there (Jesse‘s brother Gage Gray, Class of 2018, was the leading rusher at 851 yards in 128 carries with 7 rushing TDs a year ago). Now the gold standard historically, in football, for rushing per football game has been 200 yards a night. I realize there are teams which do nothing other than grind it out on the ground, and, therefore, well exceed that standard; but the facts remain KPGFootball still looks at a team rushing the football for 200 plus yards a game as a very good running team.

For a sophomore, Jesse Gray had a good defensive year too. After all, as a DL, 32 tackles from a sophomore with a fumble recovery is nothing at which to sneeze. However, that side of the ball is definable by an individual statistic where the contributions of an offensive lineman results in the glorification of a player other than himself. Last year, Jesse Gray got to pave the way for his older brother Gage. In 2018, it will be someone else, a brother to which he isn’t related by blood. Regardless of whom aligns in the Hornets’ backfield, be rest assured that player will meet with both success and glory in 2018. Be equally rest assured he will attain neither alone.