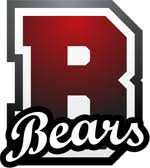 Jordan Watkins made the sophomore All-State Football team here at KPGFootball. Watkins figures to be a WR ultimately, and is considered one of the premier college prospects in his class at that position, but was a very versatile athlete while a member of the Saint Francis DeSales’ football team. One thing is certain, Jordan Watkins, who will suit up for Butler in Class 6A this next season, has filthy, filthy speed. Watkins runs the 100 meter in 11 seconds flat. According to Reddit NFL, what is accepted by NFL scouts attempting to verify a reported 40 time, an athlete, who registers a time in the 100 meters between 10.95 and 11.21, runs the 40 yard dash between 4.5 and 4.6 seconds. Therefore, an 11 flat 100 meter equates, roughly, to the 40 yard dash time reported by Watkins of 4.5, fully automated.

On the football side, production wise, as this isn’t always about a track meet, Watkins, playing for one of the premier Class 2A programs in Kentucky in St. Francis DeSales, according to the statistics on MaxPreps.com, in 2017, gained 751 yards rushing and averaged 8.2 yards per carry. Watkins scored 12 rushing TDs and caught another 3 TD receptions for 15 total TDs scored for the sophomore. Watkins caught 10 passes for 165 yards in receptions for 16.5 yards per catch. Watkins exhibited multiple, offensive skill sets for Desales in that he showed the ability to both run and catch the football and an ability to find the end zone via both avenues. In transferring to Butler Traditional he joins a young team, with a lot back, which went 8-5 last year and beat Louisville Male for the first time in program history in the second round of the Class 6A Football playoffs before succumbing to Saint Xavier in the Regional Finals or State quarters. Watkins will join Class of 2019 superstar Demontae Tae Tae Crumes in head coach Gary Wheeler’s offensive receiving core.

In addition to joining Tae Tae Crumes, who caught 30 passes a year ago for 770 receiving yards (25.667 yards per reception) with 14 receiving TDs, Watkins also joins up with Class of 2020, hot-shot QB, Chaz Burks. Burks completed 139 of his 231 passing attempts (.602 completion percentage) over his sophomore season for 1,975 passing yards and 22 passing TDs offset by his 13 thrown interceptions. Crumes, a 6-1 and 165 pound prospect with elite length and speed, has been offered by U of L, Memphis, UK, Michigan State, Oregon, Michigan, and several others.  Crumes was formerly committed to the Cardinals, reporting to 247Sports.com, a service on which he is a 3 star prospect and the tenth highest regarded prospect in Kentucky’s 2019 class, that his commitment to U of L was 100%. Since then, Tae Tae  has de-committed from U of L and committed, instead to the SEC’s University of Kentucky. The addition to Butler Traditional‘s roster of one of 2020’s fastest and most explosive athletes in Jordan Watkins, especially a roster already boasting athletes like Chaz Burks and Tae Tae Crumes certainly poses the potential to disturb the pecking order in Kentucky’s 6A Classification.