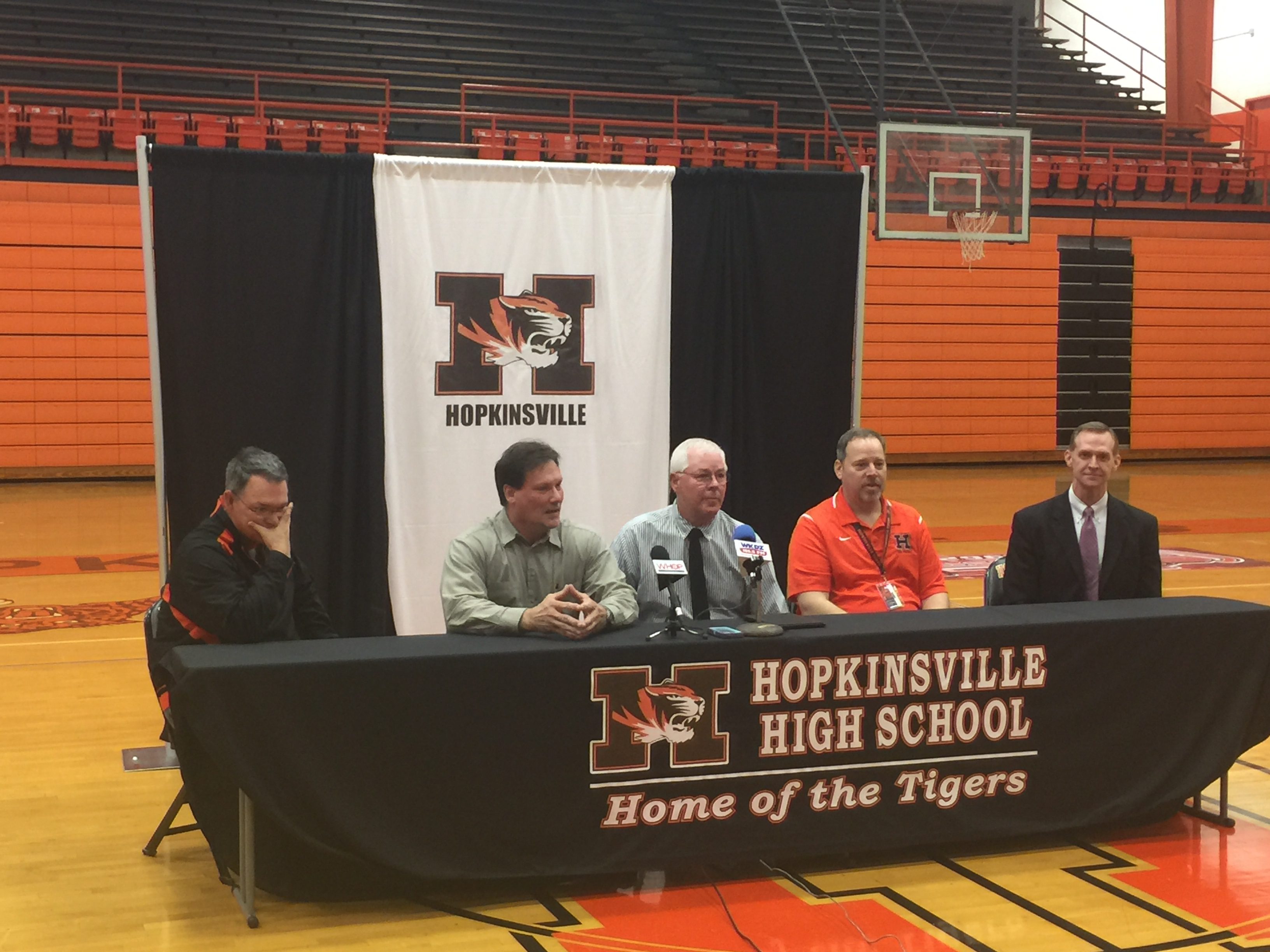 As was predicted yesterday on Kentucky Prep Gridiron, scooping every other periodical on line or in print, Craig The Silver Fox Clayton was handed back the reigns to the Hopkinsville High School Football Program he steered to 149 wins in 16 years and two State Finals births the last time he was at the helm.  Clayton is going to be joined on staff right now with Curtis Higgins, former Head Coach at Trigg County and Louisville Fern Creek and The Honorable Andrew Self who was also formerly on Coach Mark Clark’s staff prior to Coach Clark accepting the HC position at McCracken County.

Coach Clayton, who had met with the team prior to the press conference made note that the program was certainly in better shape athletically then when he took the helm in 1987 but noted a lack of bodies in the trenches which he indicated would be addressed in the offseason.  Kentucky Prep Gridiron wishes Coach Clayton well and is certain Coach Clayton and his Tigers at HHS will…PLAY THROUGH THE WHISTLE!