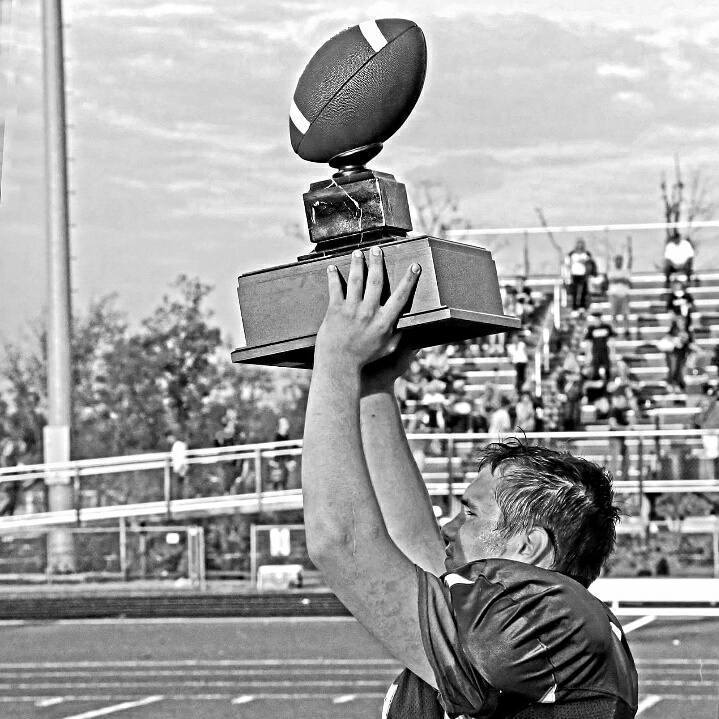 Evan Embry is a 6’0″ 250 pound interior Offensive Lineman who plays the position with the nasty disposition of a Defensive Lineman.  Evan was one of the main horses which pulled Newburg Middle School to the Division I State Middle School Championship.  Evan was selected to the East-West Kentucky All-State Classic where he helped anchor an Offensive Line which saw its RB win Player of the Game, which always bodes well for the big-uglies, who, owing to the position, have to draw satisfaction for the promotion of others.  Embry is a kid who hasn’t really been out on the Combine circuit, but if he had been, there is no telling how many plaudits he would have garnered.  I know he was invited this year to the Bret Cooper All-American Game in Dallas, TX and couldn’t make the trip, though he wanted to be there and was absolutely deserving of the selection.

At the East-West KY game this year, Evan, rapt in emotion, and upset he had missed an assignment upfront, was walking around the field punching his helmet.  The referee called a timeout and walked him to his position coach on the sideline and asked if he could calm him down.  That is just Evan…intense, emotional, a total beast.  Evan, in street clothes, wears glasses and appears rather unassuming, like a large member of the chess team.  When he takes his glasses off, it’s a different matter completely.

Kentucky Prep Gridiron steadfastly maintains there isn’t an Offensive Guard in the Commonwealth of Kentucky at the rising 9th Grade level who brings anymore in skill set to the table than Evan Embry.  That is why is it is an easy prediction Evan will be a Saturday player and someone I hope tries out for the Tennessee-Kentucky Game this Summer…he would be sure to be selected.  Remember, PLAY THROUGH THE WHISTLE!