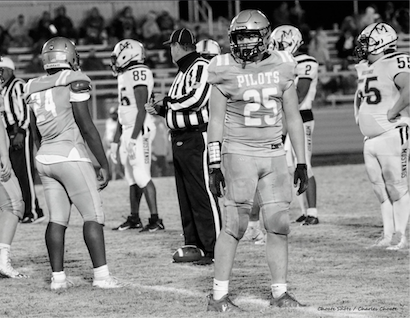 🎶 Should I stay or should I go now…🎶 The Clash

You may remember the song by The Clash we have provided up there in the hook line. There were a few more lyrics applicable to the present situation.

When you look at the song’s chorus, you will find an equally interesting and apropos couplet. 🎶 If I go, there will be trouble/And if I stay it will be double…🎶

How would anyone have ever guessed the song, written by Topper Headon, Mick Jones, Paul Simonon, and Joe Strummer, would have either connection or applicability to Kentucky High School Football? Yet, here we are.

SB 128, also know as the “Academic Red-Do Bill” has passed through two committees from each chamber of the legislature, passed a floor vote in the Senate without a single dissent, passed 93-7 on the House floor, and now has been signed by the Governor. It is up to individual districts as to whether they will or won’t permit aged appropriately ’21s to come back and re-do their senior years, including another year of high-school sport’s eligibility provided they are still 18 on August 1, 2021.

So all of this begs the following question, 🎶 Should [you] stay or should [you] go now?🎶 We aren’t sure we are in a position to answer this for anyone. We do have some thoughts on the matter.

We talked with Justin Dearinger. His son, Darion, signed to play at Marshall University, is young enough he could come back for another year. We asked Dearinger whether Darion is coming back to Anderson County and why or why not?

“No way is Darion returning,” Justin Dearinger tells KPGFootball. “We are thrilled with where we are sitting.”

“My son has a full-ride to a FBS-school and the availability for a high-quality education. He even has a shot at the NFL, if he continues to work hard and develop under the tutelage of the coaches who will be coaching him in college and from whom he will continue to grow his knowledge of the game and playing his position,” Dearinger told KPGFootball.

“We think the new law is great and may really help other people who find themselves in different situations than we. It would make good sense for a great many people. It just doesn’t seem like a solid decision for Darion.”

Hopkinsville High School has an emerging star along its offensive front. His name is Lucas Hughes and he comes from a fine football playing pedigree as both his father and brother were all-state performers.

Lucas is 6-3, 265-pounds and, by the end of last year, was being hailed as one of Hoptown’s most consistent performers along its offensive front. Lucas is a late bloomer. Lucas is also plenty young enough to have the opportunity to “Re-Do” his junior year, and have two more years to fully, physically develop.

Now we want to point out Lucas is an “All-A/B” student. Academically, he is right where he should be, though young for his grade.

His mother, a teacher by trade, is proud of that and would like that noted. As his father, Chuck (Sr.) says, “There’s a lot more to this college thing than whether you are capable of doing the assignments. Both his mother and I are aware of this. An extra year of maturity and preparation for the social pressures incident to a college or university setting isn’t a bad thing for his development, either on or off the football field,” Dad reasons.

Further west on the Tennessee/Kentucky line we find Fulton County High School. Fulton County had 4-players sign scholarships to play in college. “One of those has already asked if his scholarship would be honored next year, should he elect to play another year in high school,” James Bridges, Fulton County’s head football coach tells KPGFootball. “He’s been assured it would.”

We asked Coach Bridges about his son Broc. Broc was widely considered among the most talented DE’s in Kentucky’s ’21 class of prospects and held several Division I offers before electing to ink with Campbellsville during the signing period in February.

Eyes across Kentucky are wondering what he’s going to do? We thought we would ask his head coach and father, certainly he knows.

“Well, it depends on what our Board of Education does. As I understand it,” Coach Bridges told us, “the BOE’s across the commonwealth can permit it, but are NOT legally required.”

“Broc has a December birthday. While he’s 18 now, he would still be 18 on August 1, 2021 so he would be eligible under the rule with the Board’s adopting the measure. We are discussing it. We are weighing our options. He has a tremendous opportunity at Campbellsville awaiting him, so it will require study and prayer.”

So, there you go. This is just a thumb-nail sketch of the various perspectives which exist around the commonwealth right now because of the passing of this law.

In one instance, with the Dearingers, you have a guy who is already signed and pledged to a football team in the FBS. For Darion, why would he risk coming back with nothing on the back-end promising to improve on his present situation?

Then you have the up and coming prospect in Lucas Hughes. Lucas is a guy who has developed late and is turning into a real, legitimate prospect with the potential, pedigree, and frame to play at multiple levels of competition. Why wouldn’t he take the opportunity? What is the down-side for him?

Lucas gets another year of eligibility to allow his physique to catch up to his mind. By the time he graduates now, he could take enough dual-credit courses already offered at Hoptown to earn an Associate’s degree. When he signs a LOI (letter of intent) with a lucky collegiate program, his grant-in-aid may allow him to pursue a Masters’ degree before his “5 to play 4” is exhausted.

Finally, you have Broc Bridges, signed and pledged to a top-flight NAIA program with an illustrious history, fine tradition, and top-flight facilities. Does he put all of this at risk, to play another year? If he does, can he improve his position without putting what he has now in jeopardy?

In the end, should you stay or should you go? Well, that has replaced, in Kentucky, the oft-repeated question, “To be or not to be!” Around Kentucky these days, stay or go; that is the new question.