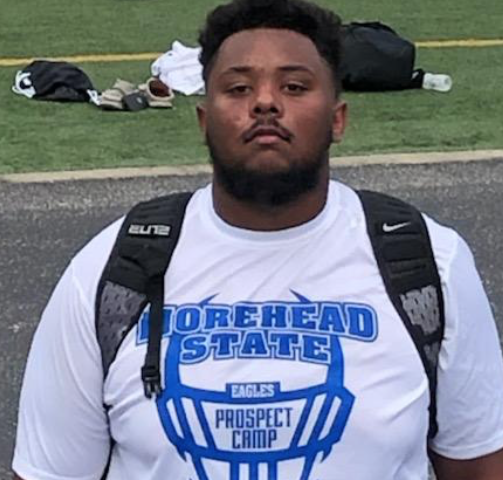 Defending Champions, Belfry, not out of players named “Baisden” just yet!

Sometimes playing behind big-brother can cast a mighty large shadow. If your brother is 6-2 and weighs 297-pounds and is named Jacob Baisden, that can be especially true.

Now, if you’re Josh Baisden, that is a more difficult article. He played in 3-games (according to Belfry) in 2019, didn’t register a single statistic, and we have to go to Facebook and hope he is a subscriber to even attempt to find a picture of him.

We decided to go with two pictures of “big-brother.” We are attempting to inspire the young man to fight his way out of the “shadow.”

Still, Josh Baisden has some aspects of his own game-play which leads observers around the “mountains” believing he will come charging out of the shadow of big-brother. There are Pirate fans who claim we will be hearing about this “Baisden” as much or more as we heard about his brother.

Josh is 5-11 and weighs 220-pounds. We don’t know if he will stay that compact. He is only entering his junior-year and may not be done growing.

Josh is a quick, gapping type defensive lineman with a lightening first step. Josh is more of the gapping, penetrating type than Jacob, who was a read and shed type guy OL’s just can’t seem to dig out of the hole.

Josh hasn’t caught “big brother” in the weight-room and his physical development and ability to fill brother’s shoes will depend largely on the gains he makes in there. Still, Josh fires out and appears to have a strong enough core to play with the type pad-level coaches want to see from a down lineman where he is most likely to deploy.

As for Belfry, those hoping the Pirates will have lost a step in graduating the 2020-class won’t like what we have to say. There were plenty of stars in the class which just departed. Jacob Baisden, Grayson Cook, Ben Bentley, and Ethan Wolford just to name four off the top of our heads.

The class of 2020 aside, the class of 2021 has always been considered particularly strong by Pirate fans, even stronger than its predecessor. Isaac Dixon, Brad Lowe, Seth Mounts, Rudy Blackwell (2023, too good to omit), and Bret Coleman are still around and that is plenty of “star power” to successfully defend its State Championship in 2020.

As for the tale of the two Biasdens, will Josh’s tale read, at the end, like Jacob’s did? We believe it may end up quite differently than the way Jacob did things when he had his hand in the dirt.

However, that doesn’t mean we won’t come to reference Josh Baisden with the same respect and reverence as the “Baisden” who went before him. “Different” can come to resemble “better.” We’ve before seen it.