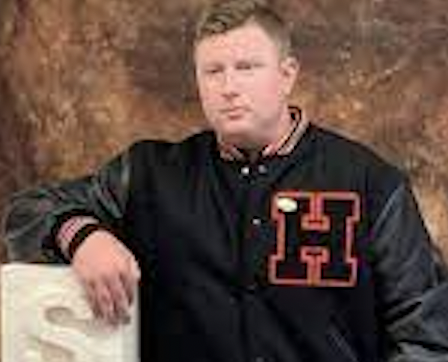 We featured this particular player not long ago. At 6-4, 270-pounds he’s kind of hard to miss.

His name is Lucas Hughes, he plays tackle for the Hoptown Tigers, and he has the frame and length colleges covet in players at his position although, in college, he’s likely an interior as opposed to “edge” guy. We believe there will be an “in college” chapter in this prospect’s future if he wants there to be.

He is a late bloomer and only 17-years old, though a senior. His best football is still ahead of him.

Lucas broke into the starting lineup at Hopkinsville over the course of his junior season. At his age, it would have been the sophomore year for most players.

He has been a fixture across the front for the “Tiger-Five” this Fall. We have seen some clips of his play against heated and hated, cross-town rival, Christian County. What is the biggest game of the year for any Hoptown Tiger, Hughes showed up…boy, did he ever show up!

The Tiger-Five paved the way for 227-rushing yards over 30-carries. That is averaging close to eight-yards per rush from scrimmage on the night (7.57).

The Tigers also threw the football for 216-yards on only 6-completions. Yep, no need to grab the calculator, that figures to 36-yards per completion. The offense tallied 4TDs on the evening, two by air and two by land.

Now there were great performances up and down the lineup for the Tigers. We discussed many of those performances yesterday in our series, “In the Running…”

What shouldn’t be lost among the staggering statistics above described is the right tackle who consistently pancaked his “mirror” or drove him down the field deep into the defensive second and (sometimes) third levels all night long. Someone should remember one of the stalwarts from across that Tiger-Five.

What the heck! I suppose will just do it right here, right now.