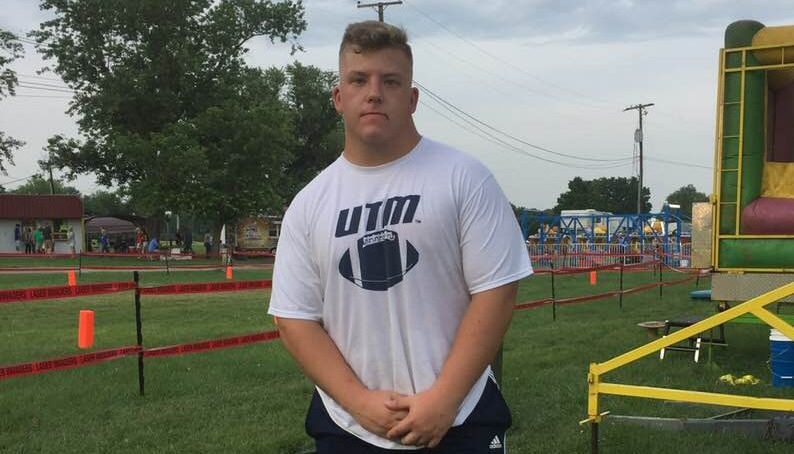 What I am about to say is commonly referenced as throwing shade, though it isn’t meant that way at all. William Long went to a powerlifting meet in Hopkinsville this Spring where he set 4 new Kentucky state powerlifting records for a lifter his age. He is the, newly minted, 16 year old Kentucky Powerlifting record holder in bench press, back squat, dead lift, and combined lift. After the meet, William said Dad, I am not a powerlifter. I am a football player whom lifts as part of his training regimen. This was not a dig at powerlifting, but rather an attempt by William to express the fact that he is way more than a powerlifter. The 5-10, 255 pound, rising sophomore from Hopkinsville is one hellacious athlete. If you should ever doubt that, ask either a participant, coach, or spectator at the Mountain All-State Football Combine which was June 23, 2018 in Pikeville, Kentucky. I am certain they will eagerly confirm what I just told you.

To say William Long had an impressive combine would be a huge understatement. His fastest 40 yard dash at the Pikeville combine, according to the two coaches who timed it and agreed as to the result, was 4.55 seconds. Long‘s pro-agility shuttle (5-10-5) was 4.33 seconds. William completed the L-cone drill in 7.5 seconds both times he ran it. Now High School athletes could either rep on the bench press at the high school rep weight of 185 pounds or the athlete could elect to rep at the NFL combine weight of 225 pounds. William repped 185 pounds on the bench press at the Blue-Grey All American Combine at Pope JP2 High School in Hendersonville, Tennessee 29 repetitions, so Long elected to rep the NFL combine weight of 225 pounds at this event. William, repped the 225 pounds, 21 times. That would make his approximate one-rep, bench press maximum lift 371 pounds according to muscleandfitness.com‘s bench press calculator. We know this is accurate as William has a personal best bench press maximum lift of 365 pounds which is several months old and likely even higher now. William incline presses 290 pounds, squats 525 pounds, deadlifts 520 pounds, and power cleans a cool 260 pounds making him the strongest member of the Class of 2021 in Kentucky and possibly any state bordering Kentucky.

At the combine during the one on ones, there really wasn’t a nose guard there, other than Landon Fields, who wanted any of William so to get Long some work we moved him up and down the defensive front to provide looks for offensive linemen we were evaluating. William looked so good along our defensive front, the coaches elected to award him Defensive MVP of the combine. Probably the best endorsement of William came from Kentucky’s top rated Center in his (or any other class), 2020’s Ethan Wolford from Belfry. According to his dad, whom accompanied Big E to the combine to spectate (as Ethan wasn’t competing), Tommy Wolford asked Ethan if there was a lineman at the combine he would be reticent to face. Ethan said, yeah, one. Tommy asked him, which one, son and Ethan said, William Long. Ethan went on to relate that…I think I would do alright if I could get clamped on him, but he’s so quick Dad I would be concerned he would get past me before I could transition out of my stance. Now when the best Center in Kentucky says that about you, it’s mighty high praise in deed!