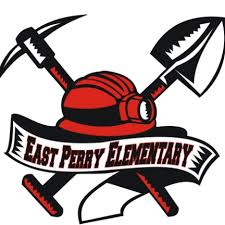 I have included a picture to the left of this paragraph of East Perry Elementary School‘s campus and athletic complex. I have done this mostly because it is practically unparalleled in its rustic beauty, or at least that is the opinion of KPGFootball. We saw a football prospect at the Mountain All-State Football combine whom we equally believe to be unparalleled, though not in rustic beauty. Elijah Gayheart is a Class of 2023 prospect who plays on both sides of the ball, presently, at running back and corner. His combine numbers for a 2023 prospect were, well…jaw dropping may be the best I can presently summon for being sufficiently descriptive. Elijah has the build and just overall look of a running back to me. He is short, but solid, and looks similar to the middle school version of a barrel-racing quarter-horse, if you know what I mean. He wore a shirt at the combine with the words 100% Beast on it and perhaps that was the most accurately descriptive shirt at the entire event.

Gayheart ran the 40 yard dash in 4.92 seconds which, at 5-8 and weighing 135 pounds, is moving what amounts to pretty short, stout legs very quickly. I would say the average 40 time for a star, first-team, running-back, entering the 8th grade is between 5.2 and 5.6 seconds. I told you that for you to fully appreciate the significance of a running back, entering the 8th grade, already clipping 5 flat. It is significant. One of the combine tests which gauges athleticism, coordination, and spacial quickness/change of direction speed is what we call the pro-agility shuttle (5-10-5). A rising eighth grader completing this below 5.5 seconds is considered agile as a cat. You can imagine the buzz which went through the combine when it was announced Gayheart had completed the same in 4.58 seconds. I have before said, in writing about the other middle school prospects, that an L-cone drill completed in under 9 seconds for a middle school athlete is a sign of upper-level coordination and change of direction speed and quickness. Gayheart’s L-cone task was completed in 6.9 seconds.

What is the sum-total of Gayheart‘s performance on these tasks? The sum total indicates Elijah Gayheart could start at many high schools, right now, playing either running back or corner. It means he is a physical mis-match for players at his grade level. It means he is a candidate for inclusion on any Team Kentucky for which he auditions and firmly on our Middle School, All-State Watch-list. I almost forgot to mention, he also repped the middle school, bench press rep weight of 115 pounds 9 times (approximate, one-rep, bench press of 150 pounds). Ten reps at that weight is the level at which middle school coaches start promoting their linemen as having elite strength. This guy is a running back/corner.

What all of the above means to us is the Miners should expect nothing short of a dominating, on-field, performance from Elijah Gayheart this coming season. It means Gayheart both is, and should continue to be, exactly what his shirt advertised him to be…a 100% beast!