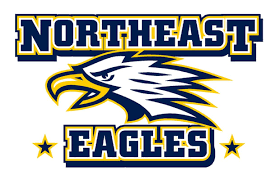 I want to start by saying I was the voice of Wildcat Football on WVRY in Clarksville, Tennessee for four, gloriously fun, and very memorable seasons. Just not a finer group of young men, not a finer or classier program, not a high school team which has any more fan or community support than the Clarksville Wildcats. All of that aside, I believe I can look at this game and render an impartial verdict as to its likely winner. The following is my take on the matter in this special edition of KPGFootball’s Inside the Numbers…

Clarksville is 5-1 on the year with a loss on the road to Tennessee’s 23rd highest regarded football program, regardless of classification, according to the MaxPreps computer algorithm employed to make such determinations. Clarksville has beaten 5-1 Rossview (6A) and Springfield High School (4A State finalist in 2017). Northeast is 1-5 on the year, but were 6-0 until the TSSAA ruled one of its players ineligible and required Northeast to vacate 5 of its 6 wins. That ruling was just issued this week, in advance of this game, and really puts Northeast in a corner, with what is remaining, if it wants to play postseason. The 64 dollar question is, how does this impair the Eagle psyche (if it does) and how will they play with their backs against the wall?

This is one of the more useless bases of evaluating how one team should perform against another. Still, you almost always see it considered. Oh well, KPGFootball isn’t here to reinvent the wheel. The two teams have played two common opponents. For purposes of this evaluation, we are going to evaluate what the score was at the end of the game and not what the score became upon the TSSAA ruling. We have to factor that Northeast will also be playing CHS without the ineligible player who did play in the two games we will discuss, but that player was deployed at MLB. I am sure he will be missed but its not like he was a QB, RB, Offensive Center or something. CHS beat Rossview 35-17 while Northeast beat Rossview (on the field) 42-7. CHS beat Dyer County, in Newburn, Tennessee, 56-33 while Northeast beat Dyer County, in Newburn, 35-0 (again, on the field).

This is a little harder to evaluate as Northeast has reported its statistics to MaxPreps and CHS hasn’t. Now, I know a little something about CHS and its roster but what its exact, to date, statistical production has been will be something on which I will be unable to write. What I do know is CHS may have the best offensive line in the mid-state. Colby Lewis, the 230 pound offensive center anchors a line which also sports a 6-7, 320 pound, All-Everything, offensive tackle in Jacob Eaton and a 6-4, 300 pound offensive guard, Blake Hundley, for whom things have heated up on the recruiting trail. Bottom line, they are really big upfront, physical, and pass protect very well. Ford Cooper is having a super year at QB, managing the offense and throwing the football and Sam Smith, a 6-1.5, 180 pound junior at RB has been fantastic. One of Cooper’s favorite down field targets has been WR, Donte Hurt and Michael Kennedy has proven himself to be quite the weapon either running the jet, getting receptions down the field, or in the return game.

For Northeast, well what’s there to say? QB Heath Williams has completed 50% of his passes on the year, thrown for 900 yards in 6 games, and tossed 10 TDs while being intercepted 4 times for a QB Rating of 100.2. The offensive backfield is where the Eagles have really shone. Transfer Fred Orr, more than just a running back, has still gained 606 yards in 6 games while carrying it 67 times. He has 5 rushing TDs and averages 9 yards a carry. Orr, in the throw game, has caught 16 passes for 261 yards, averaging 16.3 yards a reception. Bruising fullback, Tyrique Freeman has carried it 67 times for 671 yards (10 yards per attempt). Freeman is compiling, thus far, 111.8 yards per game with 7 rushing TDs. Tomario Vereen, 6-3, 190 pound junior, is Williams’ target of preference in the down-field passing game. Vereen has caught 10 passes for 268 yards (26.8 yards per reception) and 3 of the team’s 10 TD receptions on the year have been thrown to him.

On the defensive side of things, Northeast appears to clearly be the better team. Senior LB, Devon Dillehay, 6-2, 210 pounds, has 66 tackles with 9 sacks, a fumble caused and a blocked punt among his team leading 21 tackles for loss. The defense has a staggering 99 tackles made behind the line of scrimmage on the year. Can’t see them getting that type of penetration agains the Clarksville front, but should they…well, that would make it a long night in Hilda J. Richardson Stadium. Northeast has given up 46 points in 6 games while the Wildcats have surrendered 157. To quote Forrest Gump, That’s all I got to say about that…

The questions which remain are how significant is CHS’ being at home and with what kind of mindset will Northeast take the field tonight? Northeast can either be angry, like they were in beating West Creek 64-6 last Friday night, or they can come out feeling sorry for itself, which if the Eagles do that, they are almost certain to lose tonight. Knowing the coaching staff at Northeast like I do, and having either coached or covered the respective players who will take part in tonight’s game, on both sides, KPGfootball doesn’t believe Northeast will come out of the tunnel defeated. The home crowd will have an impact as will Clarksville’s roster which is talented, particularly along the offensive front. We believe Northeast wins tonight, largely because they kind of have to, with a visit from Henry County and Class 3A power, East Nashville Magnet still looming.

Thanks for joining us for this special edition of Inside the Numbers. Reporting for KPGFootball, this is Fletcher Long reminding all of the ballers out there that #WeGotUCovered and to PLAY THROUGH THE WHISTLE.