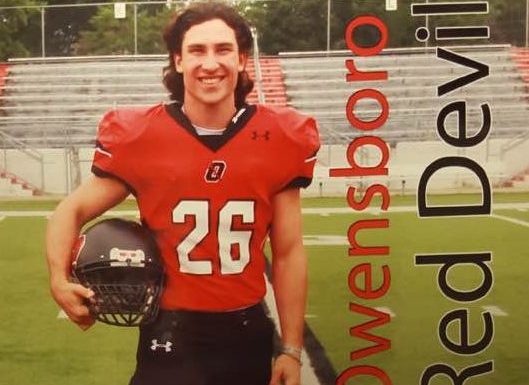 It is playoff season and I thought it might be fun to feature some first round games which will be played tomorrow night. Now, the easy thing to do is to pick the team seeded higher and likely to be favored. We don’t take the easy way out at Kentucky Prep Gridiron. What I am going to do is highlight two games I believe are ripe for possible upset and then, at the end, list some other possible teams in the area who might be traveling to Upset City!  Here we go…

This is a game which should be an easy BG win, right? I mean, the Purples have won 7 straight after hiccuping through early games with Class 6A teams PRP and St. X, and have won 5 of the last 6 Class 5A State Championships, including last year. I know I will be maligned for this, especially since I picked South Warren to beat BG during the year and South Warren really laid down like a dog, but I can’t get over my impression Kevin Wallace’s Purples aren’t last year’s edition.

Owensboro closed the year trouncing a Henderson County team which had been tough all year, though they have been far from perfect. Henderson only lost to 10-0 Christian County this year 20-14, after all. Owensboro made two key personnel shifts I believe will give the Red Devils a chance here. First, they moved Nick Belcher to QB giving the Devils the opportunity to throw the ball. Second, Owensboro has taken its All-Everything, Freshman, MLB, Austin Gough (leading the team with 82 tackles) and started using him on offense too at Blocking-back or Full-back. That gives former QB, Ezekiel Brown, a lead blocker at 6-1, 215 pounds, that craves contact and will knock the heck out of you. If Owensboro pulls the first round upset here, and they just might, those personnel changes, and the play of Diamond Glover on defense along the front, will  be key.

Primed to be Upset…Bowling Green

Let me start off by saying that Graves County is big upfront, very physical, and should be a 7-3 ball club or better. I am extremely surprised Graves County lost to Owensboro Apollo but it was only by a three point margin (38-35). Graves County got down in the Christian County game and then came storming back to tie the game in regulation before dropping that contest 21-14 in overtime. I know Graves lost its season opener to Caldwell County 27-10 but that game was much closer than the score would indicate as the Tigers from Caldwell (8-2 in 3A, District 1) benefitted from 3 pick-6s at a time when some guy named Cody Goatley was playing QB as opposed to Ryan Mathis. Since Mathis’ return, the past 7 games, the Eagles have thrown for 1,586 yards and 17 TDs through the air in only 7 games. As a team, Graves County, this season, has thrown for 2,320 yards and 24 TDs against 12 picks. Trevor Grant has 62 receptions on the year for 1231 yards and 17 TD receptions. If I were the Spartans, I would be very conscious of where old, number 11 for the Eagles aligns.

The South Warren Spartans really let me down when I went out on a limb and picked them to upset the Purples. Bowling Green hammered them 43-7 on the heels of the Spartans traveling to Brentwood, Tennessee to lose to Ravenwood by two TDs. You can only imagine my surprise when, just this past Friday, coming off consecutive double-digit hammerings, I saw where the Spartans had only managed a 21-16 narrow victory over an Owensboro Catholic squad who finished the year 6-4 in Class 2A, District 2. Guys, this Spartan team isn’t playing like the one who opened the year with 7 straight victories. A statistic which bears watching is the Spartan Defense has allowed 1052 yards passing this year through ten games but faces a QB in Mathis who, since coming back, has thrown for over 200 yards and 2 and 1/2 passing TDs through the air per contest. What Mathis has shown he does well is something the Spartan Defense has shown it can limit, if not stop.

Primed to be Upset…South Warren

Oh well, this is all one man’s opinion for whatever it is worth. Fletcher Long reporting for Kentucky Prep Gridiron reminding all players that now it’s win or go home.  Better PLAY THROUGH THE WHISTLE!