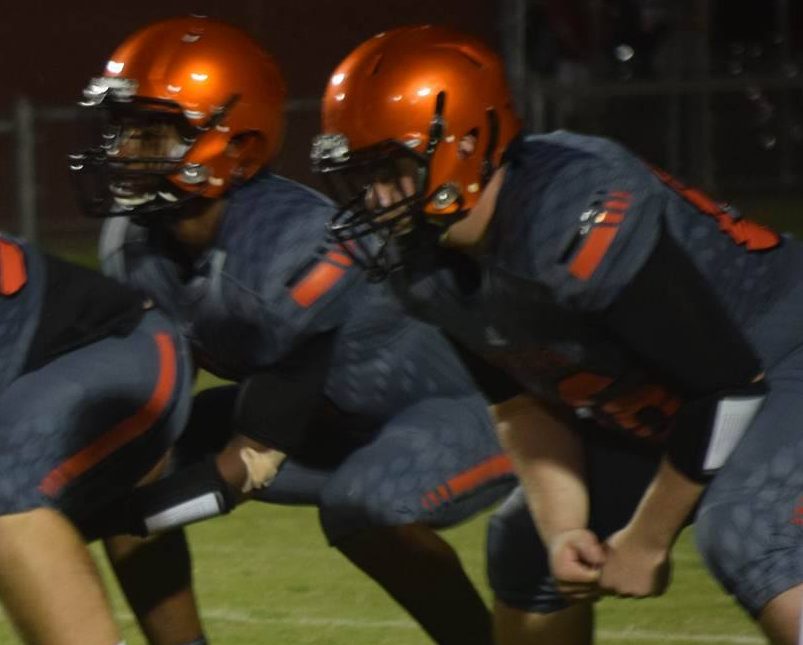 I was taking Seth Henderson to the Team Kentucky Future Stars combine in Bowling Green, Kentucky the summer before last. He had played guard and DT for me in 8th grade at HMS and I was concerned he wouldn’t pass the eye test sufficiently to make the Kentucky team at either of those positions. On the way down there, I advised every kid in my car (who all eventually made the team, by the way) to allow me to tell the staff at registration what each of their positions were. I told them the position at which I would have them try out might not be what they played during the season. I looked at Seth Henderson and said, Seth, you’re a Center. To this day, that is one of my finer calls, even if I do say so myself. Looking back now, with the benefit of 20/20 hindsight, there is no doubt that Seth Henderson is a Center.

Seth made the Kentucky Future Stars at Center, played well at Center during camp, and did very well at Center during the game. Kentucky beat Tennessee in LaKunta Farmer’s first year at the helm and, after beating Tennessee again this summer, Farmer is now 2-0 in the game. The national recruiting site for middle school football was (and still is) Youth1. Youth1’s top analyst at the time, Al Popadines (Al Pops), wrote a feature article about Seth Henderson calling him a fire hydrant of a Center. I had to assure Seth that was a complement. Knowing Seth, had I not assured him Al Pops was complementing him, he probably would have socked him in the mouth the next time he saw him. For those that know Henderson, that’s just Seth.

Seth is what we call in the O-Line business a short necked kid. Especially in High School football and especially on the interior line of scrimmage, we like our players to have short, stout necks and barrels-chests. Seth really fits that description. Seth has nimble, quick feet, a powerful hand punch, and instant ability to re-postion his hands mid-block as needed. Since 8th grade, Seth has lengthened a little, now approaching 5’10,” but the strength of his game is still his agility, pad leverage, explosion and disposition. Putting it bluntly, Seth will knock your block off but will do so while still playing over his heels and back side. Seth rarely, if ever, gets caught lunging out over his toes which makes him a difficult shed for any Defensive Linemen, even those who have considerably more length than he. As for disposition, when playing with Seth you better have your head on a swivel, he might hit you while your on the sideline drinking water. You just never know. If Seth weren’t a great Center in football, he would make a fine hockey player.

Seth bench presses in the 250 range and back squats and dead lifts in the 375-400 range making his strength numbers where you would like to project for a player at his position as a newly minted sophomore. Seth will always be the type of kid, though, whose strength numbers fail to encompass the whole story as there are guys who are just great football players. In talking with Seth’s position coach at HHS, Jacob Ezell, Coach Ezell has consistently told me Henderson is the best lineman on his offensive front. From the many practices I have seen, I would say that is just about right. I am quite sure that Seth Henderson is the best Center I have seen in the Commonwealth of Kentucky, especially his size, in the 2020 class.

As Seth continues to put in the work in the weight-room, and adds bulk to his already stout frame and maybe an inch or two to his height, Seth will develop himself into a fine college football player one day. He has the disposition, the agility, the quickness, the explosion, the power. Now if he can just get a little help from nature. Until then, the Hopkinsville Tigers have something coaches all across the Commonwealth both seek and crave and that is an anchor for its offensive front from which it gets to continue to benefit for three more seasons. Lucky them!

Reporting for Kentucky Prep Gridiron, this is Fletcher Long reminding you to PLAY THROUGH THE WHISTLE!