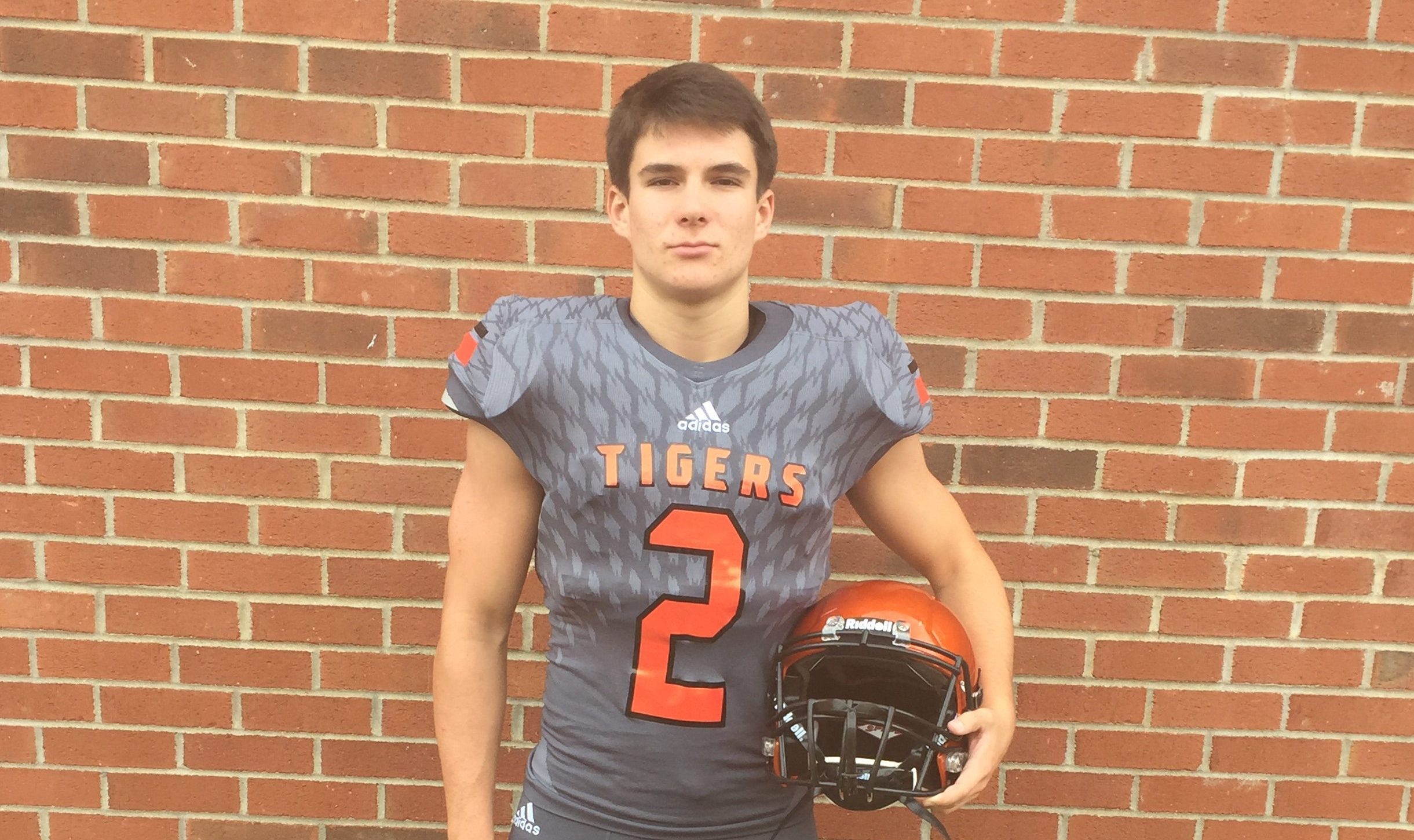 Here’s an athlete and football player about whom you don’t hear much but certainly should. Andrew played on the Tigers’ Defense last year which was fairly stacked with talent like Don Parker now at Murray State University and RJ Wilson who is suiting up this Fall at Kentucky Wesleyan. King, until breaking his leg during his junior year, was having a stellar campaign. Andrew had, the year previous, been one of the brightest parts of the Tiger Defense during his sophomore campaign. First of all, very few and I mean very few players receive post-season recognition as sophomores. I know sophomores holding D-I, FBS, Power 5 offers who were not selected to Anything following their sophomore years. Andrew’s Junior year, one during which he was on his way to post-season accolades was derailed by injury. The King is back, though, and better than ever. Kentucky Prep Gridiron expects he will have a break-out year and land on a college roster next Fall.

We were able to reach for comment Andrew’s position coach at HHS, John Reed, himself a former Tiger great at the position and someone who matriculated to Union College and played on Saturday. When asked about Andrew King Reed had tremendous things to say about his young protégé. Andrew makes excellent reads and is a fast learner. Reed went on to relate that Andrew …has tremendous instinct and nose for the ball and will get downhill in the run game and meet plays either in the hole or the offensive backfield.  Andrew who is a Governor’s Scholar, making his qualifying a foregone conclusion, again, according to Reed is the..QB of the Defense and will be running the Tiger D all season. Reed went on to call King deceptively athletic detailing the fact that is why King plays on the offense at HHS at TE, though Reed assured us King’s college position will be on Defense.

King has good height and length, standing 6’2″ and with his frame, will be able to add significant weight when eating at the college training table and in a college strength program. Andrew is an accomplished member of the HHS powerlifting team; but, coming off a broken leg, some of his numbers are neither what they will be nor what they would have been sans injury. Andrew is a kid who runs in the neighborhood of 4.8 in the 40 but plays much faster than that owing to his sharp and acute mind and football IQ which decreases significantly his reaction time and makes him arrive at the ball like a 4.6 guy. Truthfully, there is precedent for a Division III/NAIA type LB filling out in college and playing very well in the NFL.

Interestingly enough, as Andrew King happens to be a Catholic, London Fletcher-Baker, who attended John Carroll University, formerly Saint Ignatius, was an undersized LB who, out of high school, found a college home playing football at the Division III, Jesuit-Catholic University before signing as a free-agent in the NFL and being a staple on several NFL Rosters for many years. Fletcher-Baker just happens to have played in 250 consecutive NFL games over his career. I have no problem seeing Andrew King going the same route as Fletcher-Baker, thickening up, as he is pretty obviously a late-bloomer, and having a long and successful career playing the game of football. With his intelligence and football smarts, King is also a guy I can easily see making waves later in life coaching. You know, there was a guy who played at John Carroll University once who happened to not do too badly coaching football. Ever heard of Don Shula! Just remember from where you first heard this!

This is Fletcher Long, reporting for Kentucky Prep Gridiron, reminding you and ballers everywhere to PLAY THROUGH THE WHISTLE!