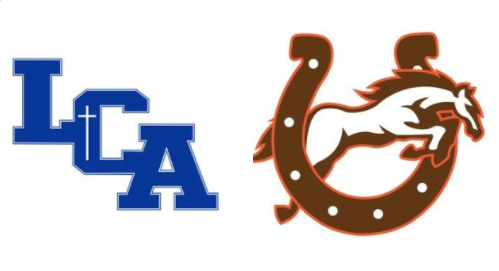 Kentucky is about to open its high school football season. Somebody go get those cameras from the ESPN family of networks, because Kentucky has some marquee match-ups it would like the whole country to see. One of those will take place in Louisville, Kentucky at the homes stadium for Saint Francis DeSales High School.

Lexington Christian Academy, our top-ranked team in the 2A classification, travels to DeSales to play the Colts on their home field. DeSales is preseason ranked number 4 in the 3A classification. Here is how we see this pivotal, early season matchup.

We have LCA as our top ranked team in the 2A classification. They return 8 offensive starters and 10-starters on defense. They don’t return the QB from a year ago, nor their top receiver, about everything else returns in tact. Their team strengths are depth, team speed, and a fantastic place-kicker. Their only weaknesses are having to find a replacement at QB and having to replace the top-receiver. We believe LCA turns in a 9-0 in 2020 and the CalPreps.com computer algorithm assigns them a 67% probability of having an undefeated regular season.

One would have thought if DeSales were to win another championship it would have been last year. Had they scored another couple points against Belfry, they probably win it all last year. Ask Belfry how tough the Colts were in 2019. They lost a whole butt-load of talent, and forgive that description, but it fits. DeMetrius Scott, Cassius Britt, Darren Hollenkamp, Mekhi Lewis, and DeJuan Watkins have all graduated from off of last year’s team. We have DeSales ranked the 4th best team in the 3A classification and the CalPreps.com algorithm has them going 7-2 in the regular season with an 8% probability of winning all 9 of its regular season games.

Were we odds-makers, we would be giving DeSales 7-points in the game. Here is how we figure it. According to the Calpreps.com algorithm, LCA, on a neutral field, is 11-points better than DeSales. DeSales will get 4-points for the game being in Louisville and this year, with the Covid-19 restrictions on stadium occupancy, home-field advantage is harder than ever for which to account. In spite of that, we are giving this home team a 4-point boost for the home field.