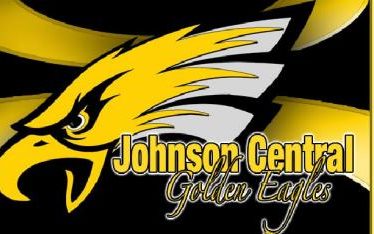 In 1987, I was walking through the Western Kentucky State Fair after having just won the talent show for singing The Wind Beneath my Wings (Lee Greenwood version). One of my friends asked me whether I had considered being a professional singer. About then, we passed a guy who was a one man band. He was playing, simultaneously, a guitar, harmonica, a snare drum, and some sort of wind instrument, all while singing a song and singing it damn well I might add. I pointed at the guy and said, Check out this guy here. He’s a good singer, isn’t he? My friend said, Yes. I then said, Think about the talent it takes to play all those instruments at the same time. Pretty talented, huh? He, again, agreed. I said, He’s the reason I wouldn’t think of trying to make a living as an entertainer. My friend looked at me curiously and I continued, I am no where near as talented as this guy and he’s playing for “pitched quarters” along the midway at the Western Kentucky State Fair.

Talent’s a funny thing, as is versatility. While it may not be too prized in entertainment all the time, it certainly is in high school football. Johnson Central fans, who won it all in 2016 and played for it last year, should be terrified about having lost a senior running back the likes of Blake Gamble. How many Class 4A football teams could easily withstand graduating a running back who gained 1,907 yards and scored 25 rushing TDs over the course of a season? Not to mention the fact Gamble started at corner and tallied 55 tackles, 2 interceptions, and a fumble recovery on defense. Not too many, one would suppose. However, nobody around Painstville, Kentucky seems too concerned and I have a really good friend from there with whom I regularly talk. Why? Well the saying there’s plenty more from where that came comes readily to mind. I mean, if you think Gamble was a multi-faceted football weapon, allow me to introduce to you Ryley Preece.

Ryley Preece had one Hell of a sophomore season. He played QB for the Eagles and completed 58 of his 104 passing attempts for 1,284 yards and 16 passing TDs against only 5 thrown interceptions. As a true dual-threat, and terrifying at both skill-sets constituting the duality, Preece also gained 660 yards from scrimmage over 107 attempts for 6.17 yards per rushing attempt and scored 15 TDs by way of land. Defensively, Preece picked 4 passes, returning the same 158 yards for two pick-sixes. Offensively and defensively, Ryley either personally accounted for, or certainly had a hand in scoring 33 TDs last season. Preece won’t be alone in shouldering the production which Gamble‘s departure created. Sophomore All-State linebacker, Devin Johnson, Class of 2020, gained 706 yards from scrimmage in 104 carries, gaining nearly 6.79 yards every time it was given to him with 12 rushing TDs and Class of 2021’s, Dillon Preston, gained 558 yards, over the course of 59 carries, for 9.46 yards per carry and 7 rushing TDs, though only a freshman a year ago. All told, the Eagles, from Johnson Central, have 1,974 rushing yards returning and 34 rushing TDs also returning from an offensive backfield which lost Blake Gamble to graduation.

So, in summation, we have very bad news for the 4A classification. It doesn’t appear to KPGFootball that the Eagles are going to experience any drop-off, whatsoever. For a team which has made it a yearly tradition, of late, to visit Lexington, Kentucky and either win or play for a football Championship, that is scarier than winning a talent show and realizing you aren’t quite as talented as the guy playing the midway at the Fair.