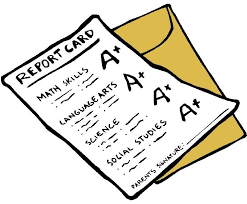 In “Report Card,” we will look at the results from around Kentucky and see on which games we missed and on which games we hit. We will also see how close we came in predicting the actual score or margin or both.

Here is this week’s “Report Card” from last night’s football games. Let’s see how we did.

Unfortunately, this isn’t that Breathitt team. In fairness to Middlesboro, this year’s 5-0 squad, ranked No. 4 in this week’s AP top-ten, isn’t the ’19 version of itself either.

We want to be very clear here…Breathitt has the talent to go down there and beat this Middlesboro team. The Bobcats have won three districts in a row, though they didn’t join a district with Middlesboro until two years ago.

However, with O’Hara out for the remainder of the year with injury and everything else taken into account; it would be foolish for us to pick the Bobcats Friday night. We will go with Middlesboro but, if we miss this week, this might well be the “miss.”

How we did: Middlesboro won but not quite by the 27-point margin we predicted. The final score last night was 52-30 in favor of the Yellow Jackets. We would say we came close to a direct hit. 1-0.

Okay, let’s just get it out of the way; Magoffin is 3-1 this year and Belfry is winless (0-5). We know the tables are generally reversed but things are what they are.

You’ll have to forgive Magoffin fans for believing they might have a chance to kill the “Big Red District 8 Dragon” which is Belfry. I wonder when was the last time Belfry lost a game inside the 8th-District?

Well, it won’t happen this week either. However, the margin won’t be nearly what it has before been. We like the Pirates but not by the margin we usually would project in this matchup.

How we did: All hail the Kings! Looks like big, bad, red Daddy decided to put the stomp down on Magoffin and show the rest of the district that the rumors of the Pirates demise may have been a bit premature.

We got the winner correct. We completely fudged-up on the margin. 2-0.

Ashland Blazer (“AB”) is the reigning 3A State Champions. Last year, AB (as we refer to them around the magazine) beat the heck out of Bourbon in Paris, Kentucky. We were at the game so we saw the entire ordeal.

Teams like to pretend there is no such thing as graduation. Trinity is suffering from that right now.

The reality is stars graduate and they are often difficult to impossible to replace. Go ask Danville how easy it was to replace Dmaurie VanCleave after Danville won it all in ’17.

This game will not be nearly as much a blow-out as last year’s version. In fact, if we were in Paris Kentucky again we might be tempted to take the Colonels.

However, Ashland, Kentucky is a tough place to win a football game. This is true regardless of how many former big-time stars walked across the graduation stage last Spring.

How we did: Again, we got the winner but missed on the margin. For the record, we did accurately call Bourbon’s scoring 14-points on the AB defense. We didn’t figure AB would score 53 on Bourbon.

What can we say? We told you Ashland, Kentucky was a tough place to play. 3-0.

There are plenty of 5A teams on the western end of Kentucky which (frankly) aren’t very good. We decline to give any examples as we aren’t here to bad-mouth programs. You know who you are.

Unfortunately for Central High (Lou.), South Warren is not among the western 5A patsy-pals. South Warren can flat-out ball.

The Spartans stand a real chance of following up Bowling Green (Senior) High’s 5A hardware with some of its own. We like the Spartans. We don’t believe it will be very close.

How we did: Here’s another one we came very close to nailing both on the margin of victory and final score. South Warren won the game 20-6.

This might knock you over with a feather but the Greenwood Dragon are really, really good this year. They are playing a tough customer in Glasgow.

Glasgow is a 3A team but one of those teams which transcend its classification. Greenwood is used to getting the crap beat out of them but they have plenty of athletes from whom to choose and they have really put it together so far.

This is another game we might choose differently if only it was in Bowling Green. Of course, if “its” and “buts” were “candy” and “nuts” we’d all have a Merry Christmas.

How we did: If you will recall; while we believe Greenwood would win the game, we advised that “Glasgow is a 3A team but one of those teams which transcend its classification.” Last night, they transcended.

In life, one is better admitting when he is wrong rather than offering a ton of weak excuses. Preseason, we thought Logan would struggle mightily this year. We were wrong.

We were wrong. It appears Coach Adler is some kind of fine football coach. This is a fact about which we were previously suspicious. This season, so far, confronts us with irrefutable evidence, at least in our minds.

Hopkinsville is planning a big celebration to honor Coach Craig Clayton logging his 300th-win. Big 300 came against his own alma mater when Hoptown beat up on Caldwell County a couple weeks ago.

Last week’s win in the Bragging Rights game with Christian County ran Clayton’s win total to 301. This week, the Tigers and the Cougars are likely playing for home field advantage over the course of the first two rounds of the upcoming KHSAA playoffs.

Hopkinsville better start thinking less about celebrations and more about Logan County. Those Cougars have proven themselves quite a handful.

How we did: This one was the thriller we thought it would be. The team we believed would win came out on top. We thought the Cougars would win by three. Instead, they won by a single, solitary point. 5-1.

No one can argue Mark Dixon is doing a whale of a job at Perry County Central. Of course, when you get to the Letcher/Johnson Central portion of the district slate you have gotten to the District 8 heavyweights portion of the schedule.

Junior Matthews, the head coach at Letcher County, has them playing really well too. Here is Dixon’s biggest problem…Matthews has way better football players on his roster than Dixon’s chess pieces, at least this year. Coaching, alone, makes overcoming that particular advantage a tough task.

How we did: We saw Perry County play earlier in the year. Someone asked us what we thought of them.

We told the inquisitor the Commodores were very well coached with a few nice pieces to play on its chess board. However, they don’t have much talent and they would get whipped when they hit the top of the district.

Letcher is a solid No. 2 in the 8th-district, bucking for top honors. That is why we picked Letcher to win by a 17-point margin.

We were right Letcher would win and would win decisively. We were off on just how decisive of a margin it would end up being.

Letcher won 42-6. Perry is still quite a bit away from seeing round three in any end of the year playoff scenario. 6-1.

We believed Paducah Tilghman was one of the better 3A teams in Kentucky preseason. The “Blue Tornado” has looked pretty good at times but they seem to come out on the short end of the scoreboard stick a lot. Their schedule has been a bear.

This game will be no different. Beating the Colonels from Henderson, Kentucky is a pretty tough task for any 3A football program.

Henderson County is a ranked 6A football team which competes in the 1st-District and Paducah has a win already over a District 1 team when they bested McCracken County in the season opener. Can lightening strike twice? Not bloody likely.

How we did: We thought the Colonels from Henderson would beat the Blue Tornado by 14-points. Close again…Henderson won by 20.

You can throw out that 1A, 2A crap. Both of these teams are among the best football teams competing KHSAA football in any of its six (6) classifications.

We like the Eagles in this one. We aren’t sure there is a team in Kentucky, not named Louisville Male, that can beat LCA in a football game. Goodness knows LCA has beaten about everyone else this season.

How we did: Guys, we just can’t do better than we did here. We hit the margin. We hit the final score.

Is there any chance LCA is so good they can replicate the score I predict just because they like me? Anything is possible. Even our getting scores right on the number. 8-1.

We believe Boyle County may be the best team in the 4A classification. We believe they have a tremendous opportunity to win the championship in that classification for the second consecutive year.

North Hardin is a disaster area. They have been very good over the previous few years but they are NOT very good right now.

Boyle will do what they have done all year outside of the visit from LCA. They are going to beat the stuffings out of North Hardin.

How we did: Are we good or what? We hit the winner of LCA/Pikeville on the number every way conceivable. Here, we were really close.

The Engineers have it rolling this year and have gotten off to a 4-1 start. Rockcastle County, a.k.a. “The Rock,” will turn your hat around mister!

Estill has beaten Powell, a 5A South Laurel team, Dayton, and Harrison County while losing its only game to COVID-19, a team no one appears able to beat. The Rock has bested LaRue, the best team either of the two have played. We like Rockcastle in this one.

How we did: We didn’t do as well as the LCA and Boyle games, but we still did pretty darn well. Rockcastle beat Estill last night 24-14.

Sexton has gained 551-yards in 75-carries with 10-rushing TDs in 4-games (one of the losses was to COVID-19). Both of these teams have to beat Breathitt; but Breathitt appears really down and both these two teams look much better than they have before been. We are taking Morgan County in a really close ballgame.

How we did: Morgan County beat Knott County Central by a 6-0 margin. We thought it would be 35-31.

Before you make fun of us; remember, we thought Morgan would win by four (4) and Morgan won by (6). Even when we were way off on the point totals, we nearly hit the margin dead on the money.