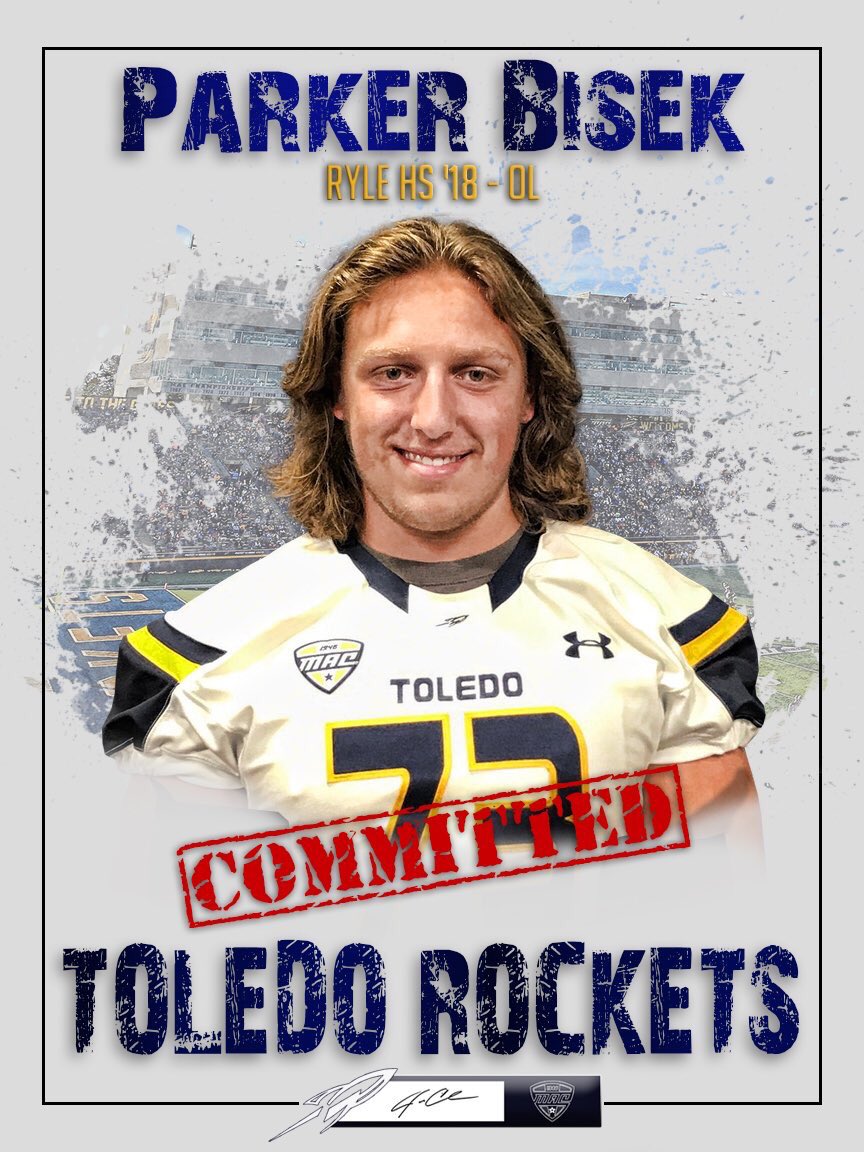 Perhaps it’s fitting Parker Bisek, the 6’4″ 290 pound OG for Ryle High School is set to be a Rocket. He climbs and explodes into the defensive second level like a rocket. Parker, who also lists Center among his likely positions, has a reported 40 yard dash time of 4.9 seconds and runs the pro-shuttle in 4.49 seconds. Sounds like a Guard to me…a very fast and quick Guard. For those doubting that a 290 OG can be breaking 5 in the 40 and 4.5 in the pro-shuttle, his reported back-squat of 475 pounds would indicate those times are reliable. The fact Parker can rep at the High School rep weight (185) on the bench press 26 times indicates he is strong, in fine respiratory shape, and able to grind when tired. Parker’s reported bench maximum lift is 325 pounds which, for a long-armed athlete like Parker, and at Parker’s stage of development, is an excellent lift.

Parker also is intelligent, which is a requisite for offensive linemen I assure you. When being interviewed by Steve Wiltfong with 247Sports.com, Parker indicated one of the main reasons he settled on Toledo

came from his getting exposed to the faculty and pre-pharmacy curriculum at the University and his desire to be a Pharmacist. I know I am beginning to sound like a broken record, but Parker Bisek is just another example of how difficult analysts find accurately evaluating O-linemen and the difference between playing in rural Kentucky versus a more metropolitan area because everyone rating Parker Bisek as a 2 to 3 Star prospect really missed the mark. Who didn’t miss the mark was the Toledo coaching staff who offered Bisek after his having camped there. Kentucky Prep Gridiron predicts Parker will round into a very fine Guard or Center for the University of Toledo and may eventually play a little Sunday ball in the NFL in the mold of another former Rocket who has had a fantastic pro career like John Greco. Greco who was selected with the 65th overall pick in the 3rd round of the 2008 draft after three All-Mac conference seasons in Toledo, Ohio. Incidentally, Greco was another 6’4″ 300 or so pounder who could run fast as Hell, just like the pride of Union, Kentucky!