Jalen Johnson has confirmed with the HHS coaching staff he will attend Aspire Basketball Academy in Louisville, Kentucky this Fall. Aspire, beginning the 2017-18 academic year, will be permitted to have its student-athletes full-time enrolled at St. Francis DeSales High School in Louisville, KY where they will undertake their academic pursuits toward degree. In talking before with his father, Derrell Johnson, Kentucky Prep Gridiron believes a major basketball power has indicated to Jalen, who would be a young senior this Fall as a member of the 2018 Kentucky Class, that Jalen, should he go the prep-school route and reclassify as a 2019, would be that school’s top target as an incoming point guard. KPG believes that particular Siren to be too much of a seductress for that song to not lead Johnson into the watery chase. 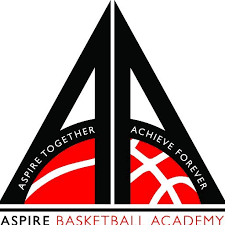 Johnson, who was being recruited in Football as well as Basketball, leaves Hopkinsville High School after having lead the Tigers to consecutive 10-2 seasons. The Tigers will miss an able leader who was also an effective and confident player under the lights. The cupboard is far from bare as HHS now turns the keys of the car over to Sophomore, Jay Bland. Jay has been compared to former Tiger great and Division I, FBS Quarterback Deontey Kenner, and, according to HC Craig Clayton, Bland may even be further along at his present stage of development than Kenner was at the same point. Regardless, HHS didn’t become the 13th winningest program in the Commonwealth’s history by sitting around crying about whom isn’t playing. At HHS, it is next man up and the next man is expected to Hold That Tiger just like his predecessors.

Jalen will be sorely missed. I have gotten the privilege of getting to know his father, Derrell very well. Jalen is intelligent, well-spoken, hard

working and a credit to the type of parenting which has forged him. On a personal note, I hope to still see Derrell at Tiger home football games cheering on his alma mater and the team for which he starred himself while in high school playing for Coach Clayton. Jalen is a big-time, college basketball recruit. Jalen, in our opinion (which seems to increasingly count as more and more of our featured talent is getting looks and offers), is also a big-time, Division I, college football prospect too. Most importantly, Jalen is a friend who has strived mightily on the Tigers’ behalf for multiple seasons, in multiple sports, and a member of the Tiger family.

Good luck Jalen Johnson! You will always be a Tiger, just like your father and mother. We will miss you. Saddle up, Mr. Bland, your time is now, son. It’s time to shelve the Jalen Johnson era, which was wildly successful, and begin the Jay Bland era, of which we expect no less success around the HHS family. Next man up, Bland, let’s go!

This is Fletcher Long reporting for Kentucky Prep Gridiron reminding Bland, and all the rest of your ballers, to PLAY THROUGH THE WHISTLE!