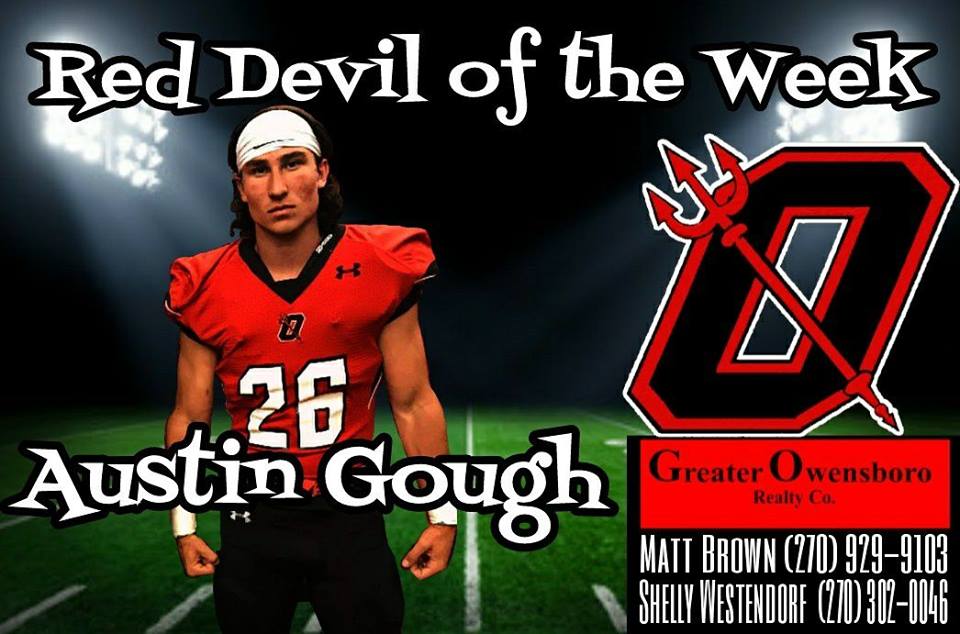 I wrote a 5 part series entitled Plug-In Players in which I detailed freshmen either starting or playing enough on Friday Night to insure the player would likely earn a Varsity Letter. More and more people are coming up through the Middle School ranks and getting plugged into lineups and significantly contributing to the Varsity’s plans immediately. One of the most ballyhooed freshmen in Kentucky’s High School 2021 class, who shall remain nameless, confided in me that he couldn’t believe how easy high school football was. He told me he expected there would be a bigger jump bridging from Middle School competition to High School. All we can say to young men coming out of the Middle School ranks is it isn’t easy for everyone and, it can be easier for you…depending on…you.

Ray Lewis, no matter what people think of him personally, still, undoubtedly, a fine player, once said [w]ins and losses come a dime a dozen, but effort? Nobody can judge that. Because effort is between you and you. You can make the transition much easier if you are willing to do the things offseason required of someone who is committed to being physically able to make the transition.   I have a kid playing for me right now named William Hughes. He is 5’10,” weighs 240, and runs and moves very well. Is he ready physically to be plugged in to HHS’ OL? No! Can he be by next year? Well, that is up to him.

I have before featured a player named Logan Parker from Taylor County. You can review the article which was entitled Meet 2020 Top 100 Nationally Ranked Kentuckian, Logan Parker. In the article I detailed that Logan…is 6’2″ tall and weighs 250 pounds, …runs the 40 yard dash in 4.9 seconds, while shuttling 4.88, [and] bench presses 350 pounds and squats 455… Those were his numbers coming out of 8th grade. You tell me what program in Kentucky isn’t going to find a place in its lineup for a freshman defensive lineman who benches 350 and squats 455 with the squat somewhat corroborating his 4.9 40 and 4.88 shuttle?  Maybe Trinity, but anywhere else and he is getting plugged into the lineup, day one. Logan paid the price to insure he was prepared to play at the HS level, and consequently, when he got there it seem neither daunting nor too fast for him. Logan Parker may be the most physically advanced entering freshman I have ever seen. Basically, he arrived at Taylor County High a Junior, at least physically.

A kid who reminds a lot of people of Logan Parker, though he is a bit shorter, is William Long at HHS. William entered the season weighing 250 but, during the year, he has trimmed down to 237 pounds being carried on his nearly 5’10” frame. William, under the tutelage of Strength & Conditioning Coach, Adam Dowland, has continued to lift and train, in season, and, as a result, William is bench pressing 315 pounds and squatting 435. William has plugged straight into the starting lineup for a tradition-rich 4A football power, who many believe are about to turn around its season in spite of its youth. In addition to starting along the offensive front, it is believed William will begin seeing playing time on both sides of the ball going forward. William has played every offensive snap for the Tigers in its first four games and has, additionally, logged time on special teams. His position coach, Jacob Ezell, who was interviewed about William in connection with the writing of this article, says William Long is very rare. I’m proud to be his position coach and believe, provided he continues to grind as hard as he has, to date, the sky really is the limit for him. A faculty member at HHS, himself having formerly coached offensive line, and having been on the faculty at HHS for ten or more years, told me in his opinion, at least, that William Long is the best freshman lineman he has seen since coming to Hopkinsville High School. My point in publishing this is Long, like Parker before him, arrived that way. He made the commitment; so, no, the transition hasn’t been as tough for him as the ordinary freshman.

Robert Stinson, formerly a team captain for the University of Kentucky’s football team in 1994, says a commitment to the weight room in HS allows one to transition to a college program with a much better chance of early playing time. According to Stinson, that’s just a fact of life! Russ Grimm, in his Hall of Fame Induction speech, quoted his old High School position coach who was consoling Grimm after his having been moved to the offensive line, a fact about which Grimm wasn’t too thrilled.  Grimm’s new position Coach, Joe Moore, told a young Grimm that there’s no greater feeling than to be able to move a man from Point A to Point B against his will. Coach Moore was right, and, if you work hard enough, you too can arrive at the HS level ready to do just that. Both Parker and Long did.

We have featured, numerous times, Austin Gough, the outstanding LB who is leading the Red Devils Defense in tackles though he is starting as a freshman. As you can tell from the photograph which is appended to the front of this article, Austin is coming off of a performance which garnered him the 5A Power’s Red Devil of the Week distinction. Austin has been in the starting defensive lineup from day one and leads the team in tackles with 37 through 4 games. Austin is 6’1″ tall and weighs 215 pounds and, as the photograph clearly demonstrates, he is also an avid Strength & Conditioning proponent. Austin bench presses 265 pounds and squats nearly 400. Owensboro High School, who is sure to make the playoffs this year in 5A, District 1, would tell you Gough is probably its best Linebacker. Austin is also a multi-sport athlete who excels in track & field, basketball, and baseball, in addition to football, making his commitment to offseason weight training even more challenging.

This article is entitled Only the Strong Thrive. When first contemplating the writing of this article, I almost entitled it Only the Strong Survive but backed off that title as I thought it a bit dire. I mean, all kinds of kids play football without making any real, concerted effort to train and make himself physically ready for the rigors of the game and still survive the experience. Your kid, regardless of whether he trains or not, will survive the transition to High School. He just won’t be likely to thrive in accordance with some of the young players we have featured here. Herbert Spencer, after having read Charles Darwin’s On the Origin of the Species describing the mechanism of natural selection, noted that what Darwin really described was, conceptually, nature’s survival of the fittest.  This concept has application within the sport of football too. Your son can transition into HS football with great and immediate success. He can narrow the gap between Middle School success and immediate HS success. With apologies to Darwin, who’s theory isn’t altogether relevant to the way in which I am now applying it, while your son has the capacity to transition to HS football and thrive, he can’t do it naturally, at least not without considerable off-season and in-season effort from him.