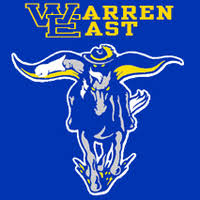 Warren East‘s mascot is the Raiders. Raider is a noun originating around 1863 and derived from the American Civil War. It is defined, loosely, as a marauding person or someone who plunders, pillages, loots, robs, pirates, or rustles something or another from its actual owner. In a curious way, Coach Griffith at Warren East must have felt somewhat like a very fine season had been pirated away from his grasp when senior Dwayne Cook, who had started the first five games and had the Raiders at 3-2, went down to a season-ending injury playing Glasgow with a broken jaw. To whom were the Raiders going to turn…the freshman, Nolan Ford?Well…yes, as a matter of fact, that is exactly to whom Griffith‘s Raiders turned, upon having its first-string quarterback marauded out of service by the Glasgow Scotties.

So, Monroe County would be Ford‘s first start. Monroe had, at the time, only a loss to Franklin-Simpson on its slate. Monroe would finish the year 9-4, losing in the state quarters. At the time of the Monroe game, the Raiders showed up hoping to plunder victory from Billy Murphy‘s, 4-1, Falcons. How shall we say, it was an inauspicious beginning. The Raiders were almost out the door with the W, leading 14-9 with only minutes remaining on a night where Ford would throw two interceptions. Then, the Falcons took late flight to dispatch the group of Raiders back to Bowling Green, Kentucky on the short end of a 15-14 final. After being thrown into the water, to determine his either swimming or sinking, and coming out on the short end in his debut, Ford went 3-2 the rest of the way.

On the year, the gritty, gutsy, and tough Nathan Ford completed 47 of his 100 passing attempts for 649 yards passing and 4 TDs versus throwing 9 interceptions. Ford also gained 113 yards and a TD rushing over 38 carries. Sure, the numbers appear rather modest but for two things. One, they were produced by a guy who was playing middle school football just two-thirds of one year prior. Two, they were similar to the QB production the Raiders were getting from its senior, Dwayne Cook, who in the first five games was 3-2, completed only 25 of his 63 passing attempts for 759 yards passing and 7 TDs offset by the 8 interceptions he had thrown until being injured. What we have for Coach Griffith‘s Raiders was a personnel change from a senior to a freshman with out much discernible production differential.

Now, Ford enters his sophomore campaign with a world of experience, a year older, stronger, wiser, and more athletic than we last saw him. Nathan is 5-10 and weighs 160 pounds and is a good enough athlete to also star on the Warren East High School varsity baseball team as an infielder, outfielder, and pitcher. Ford, as a freshman baseball player, registered 17 hits, scored 16 runs, with one round-tripper and 3 doubles and 7 RBIs for the baseball team. In the field, Ford had a .957 fielding percentage over deployment in 27 varsity baseball games.

Now, this is a football, and not baseball, publication but we put all of this in the article because one of the most important things a football coach has to get from his QB position is someone who will compete. Both on the football field and baseball diamond, Ford has shown a grittiness, determination, and willingness to put himself out there and compete against long odds which will serve him well as he continues to mature physically and fill out. There will be a day where he will be the senior and, when that day comes, the Raiders look to have some fine marauding on which to catch-up.