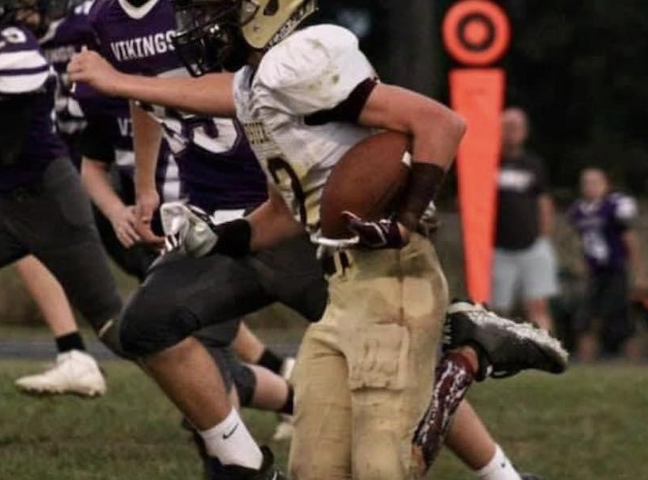 What can be possibly said about Webster County’s Ty Phillips apart from his being one of Kentucky’s best kept secrets? We can tell you he played on his middle school’s 8th-grade football team. We can tell you he performed both admirably and optimally.

We can tell you much more than that. Phillips’ performance this year was quite remarkable.

Sylas Gunn and he made quite an impression on area coaches around Dixon, Kentucky all season long. They have both given area coaches good reason to wonder just what the future holds for the Trojans going forward with talent like these two coming up the pipeline.

Phillips is a 7th-grader. He rushed the football 23-times for 586-yards with 10-rushing TDs in only five (5) games of run this season. For those wondering, Phillips gained 25.5-yards per rushing attempt and gained 117.2 yards per game in only 5-carries on average. Phillips scored, for his team, a rushing TD on 40% of his rushing attempts, averaging two (2) rushing TDs per game.

Have we mentioned his play on defense? You know talent like his isn’t coming off the field.

Phillips registered 36-tackles in 5-games or a smidge over 7-stops a contest. He also rung up an interception.

His defensive numbers, no where near as impressive as his rushing statistics, would be reason enough to forecast his future, next level stardom. Take them together with what he has done offensively and his being a future, high school, all-state caliber player seems a foregone conclusion.

The scary proposition, from where KPGFootball sits, is his numbers, herein detailed, were compiled against 8th-grade defenses while Phillips was still a 7th-grader. What will he do next year when he’s acutely playing against kids his own age or younger?

Our guess; the same thing he did in ’21. Stud freaking out!