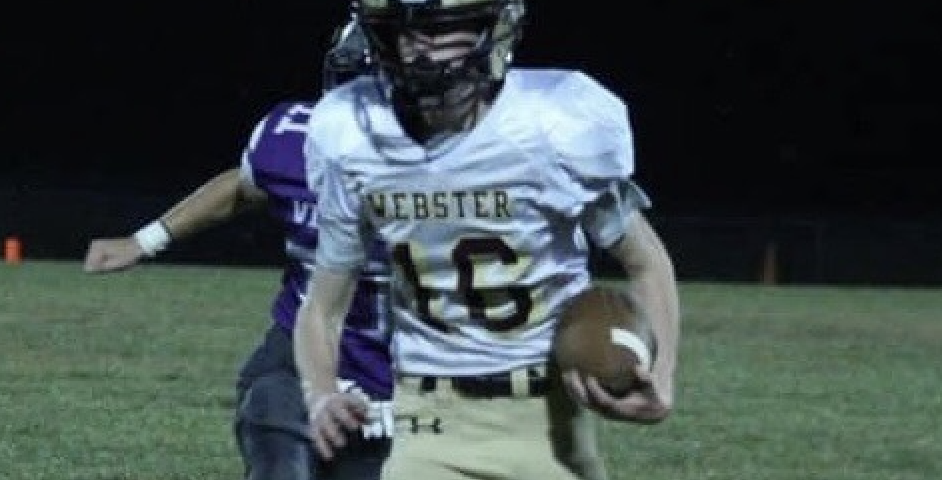 Webster County Middle School has a loaded and dangerous weapon on the roster. You know one can get in considerable trouble bringing a “Gunn” to school. That is, unless one intends to fire that weapon on a football field.

Sylas Gunn has proven himself among western Kentucky’s very best in the ’26 class of prospects. Gunn is a 5-11. 130-pounder who plays both QB and OLB for Webster County’s Trojans.

This season, on a team which hardly ever throws the football, the slender slinger has compiled six (6) of his 13-passing attempts for 137-yards with an touchdown to interception ration of 3:0.

Carrying the football, the QB has been particularly lethal and productive. Gunn has fired off 456-yards from scrimmage in only 38-carries, seven (7) of which were for TDs. That is averaging around 12-yards per carry.

Gunn is lethal in the third phase of football. He has returned 10 kicks/punts this season for 374 yards and 3-TDs. That is 37-yards per return which should tell one something about his speed.

Defensively his play has been equally stellar. He has registered 37-tackles on the year with a pair of fumble recoveries and an interception.

He has accomplished all of this in a pretty crowded backfield. Webster has three (3) RBs averaging nine (9) or so yards a carry. That aside, and competition be darned, Sylas has gotten stronger with every game and his biggest games have come against the toughest competition.

Over the last four games of the season, with every scouting report zeroed in on him, Sylas gained 358 of his 456-rushing yards on the year. Over that stretch he has averaged 15 or so yards per rushing attempt.

We have an area coach we call on regularly to look at prospects for us. We contacted this guy, who coaches at a rival program and indicated he would prefer to remain anonymous. He told KPGFootball about Gunn, “This kid has been a monster middle-school footballer. He’s got a great future ahead of him in high school.”

No one knows what that future holds. Should Gunn stay the course in Webster County, and we have no reason to think he’s going anywhere else, he’s the kind of prospect which vastly changes a program’s prospects and direction. However, that being said, there will be plenty of suitors around the area hoping the young many might want to enroll at their school and play his high school ball for them.

Who knows what the future holds? It is kind of like having a loaded Gunn pointed right at you, isn’t it?