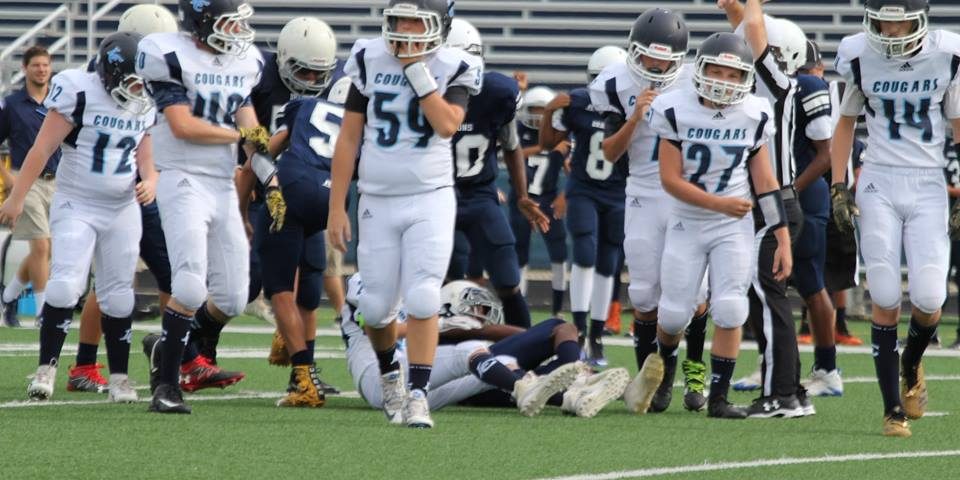 In a game with a final margin which made the game seem closer than it appeared statistically, Logan County won the middle school varsity contest, 16-0, with HMS. The game was waged between two teams headed for the KYMSFA playoffs next month. Logan County ran its record to 6-1 behind 225 yards rushing. Eric Stratton led the Cougars, on the ground, gaining 94 yards on the night with Ryan Rayno contributing 86 yards from scrimmage and a score. Ryan’s cousin, Corbin Rayno, gained 25 yards from scrimmage and contributed the other score with Clifton Faughn throwing in 20 yards of his own. In the passing game, which wasn’t anywhere near the running game’s effectiveness, both Zane Batten and Clay Warden caught a pass each totaling nearly 45 yards receiving.

Now anyone with any degree of football IQ will relate it is hard to lose a game in which you are able to gain 225 yards just on the ground. That degree of production has to be lain at the feet of Logan’s very fine offensive line, anchored at the tackles by two of the finer players, at the offensive tackle position, KPGFootball has seen on the middle school level in Keyton Jenkins and Isaac Poe. It appeared to KPGFootball that a lot of the offensive players, linemen especially, were playing iron man football and doubled on defense.

Defensively, the Logan County run defense was throttling. Hopkinsville Middle School gained a total of 5 yards rushing on the night and failed to complete a single pass. What first downs were accomplished, were achieved via penalty. From our vantage point, it looked as though Keyton Jenkins had his way upfront for the Cougars with consistent and outstanding play from both Collin Farm Strong Covington and Eric Stratton coming up from linebacker to get involved shutting down the edge. The defensive play appeared particularly stout resulting in HMS’ very fine QB, Jacob Beale, struggling all night finding either lanes in which to run or having time to set up and throw the ball down field.

Logan County will host Todd County Central, this coming Tuesday for Eighth Grade Night, and then will brace for the playoffs. Logan will likely enter the playoffs, 7-1, and will be a top three, division 1 seeded team, or at least that is KPGFootball’s prediction. HMS, which has distinguished itself this year in both the classroom and with its exemplary citizenship, will get ready to play Russellville, a 36-8 loser earlier in the year to this same Logan County team, before playing a Christian County Middle School team which beat HMS, at County, 30-0. HMS is now 3-3 on the year. Christian County Middle School remains undefeated, beating Paducah Tilghman, last night, 30-8. 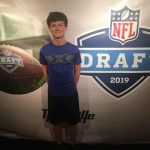 In the 7th grade game, which is something we don’t generally cover, QB Davin Yates won the game for Logan on the game’s last play. The clock had expired, on the previous play, but Logan got one more down, untimed, owing to a defensive pass interference call, the validity of which is a topic on which KPGFootball will not comment. Davin, under both a heavy rush and with a couple players attempting to pull him to the ground, refused to be tackled and gutted a ball to the end zone where a naked receiver caught the ball and arrested victory from the jowls of defeat. We would also mention the continued gutsy and spectacular play of HMS, 7th grade QB, Andrew Nason. His offensive line did a very fine job opening holes for him last night as he easily eclipsed the 100-yard mark in rushing against Logan County’s 7th grade defense. Nason is the fifth highest rated Kentucky player in KPGFootball’s class of 2024 player rankings.

In any event, Logan County cemented its having a very fine football team again, under Coach Bristow who has run his head coaching record to 25-6 with the win. Logan County Middle School should make some noise in the upcoming KYMSFA playoffs, at least on the 8th grade side of things. The 7th grade team may make a deep run too, but not really covering 7th grade football, KPGFootball is in no position to comment on that.