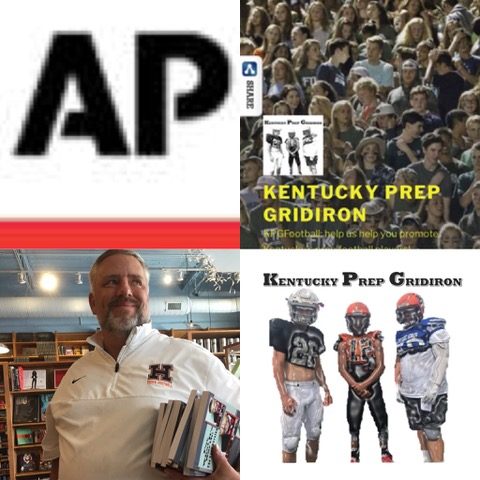 Well, we hope, at KPGFootball, everyone is enjoying our Weekly Winners segment where we comment on upcoming games and pick a winner. As for our prowess picking Winners, or picking the winner in our Inside the Numbers segment, we went 19-3 September 14 and again September 21. On the season, we are 82-20. We haven’t done too badly. Well, you will be happy to learn we have 20 more games on the slate for this upcoming Friday night (September 28, 2018) so let’s get right to it.

Beechwood at Simon Kenton: This game pits the top ranked football team in the AP poll from the 1A classification (Beechwood) against the top ranked football team in the 6A classification. Sure, Simon Kenton is both 5-1 and has a bigger enrollment, but Beechwood is really good. Beechwood is every bit as good as Simon Kenton. If this game weren’t being played in Independence, Kentucky we might feel differently, especially with how badly Highlands beat SK last week, but, the game is being played in Independence. In a toss-up…

McClean County at Owensboro Catholic: Man-o-man, did McClean surprise us when they went to Owensboro and barely lost to Apollo, a class 5A ranked team at the time, 21-18. Apollo also hosted Owensboro Catholic, this time losing by three (33-30) instead of winning by three. This should be a very good game between two very good Class 2A football teams. We believe McClean will, again, leave Owensboro with another loss.

Marshall County at Graves County: Marshall County is terrible. The Marshalls surrendered 52 points to Ballard Memorial, 48 points to Murray High, and 47 points to a Christian County team which is good on defense, but whose offense has been offensive. Graves County’s record isn’t as good as the 3-3 mark Marshall has, to date, posted; but, after Friday night, the 2-4 Eagles and the Marshalls will have identical marks through seven games.

Hopkinsville at Madisonville North-Hopkins: Hate even having this game on here, I just can’t help it. Not only am I an alumni of HHS, but my son plays for the current Tiger squad which has burned me all year long. I have already been wrong about them twice, picking them to beat South Warren (as if) and picking them to lose at Caldwell County (which they didn’t). Well, HHS has to win this game, they really do. One can almost smell the desperation. This will either result in the Tigers being razor sharp and focused under the pressure, or they will be crumbled under the weight. What the Hell, I am an optimist.

McCracken County at Ohio County: This one isn’t too hard to pick. I really don’t care that the game is being played in Ohio County, play it anywhere you want, the Eagles are still getting killed Friday night.

Union County at Caldwell: This is a game I might have picked differently had Union County not gotten smoked by Crittenden County this past week. This is the same Crittenden County the Tigers from Caldwell beat by double-digits a few weeks ago, before going to Paducah and running Tilghman off its home field 37-22. Caldwell is a team, going forward, you would rather not have to play as they seem to improve every single week. Just like Union wasn’t any competition for Crittenden, they won’t challenge Caldwell either, especially not in Princeton.

Owensboro at Christian County: The two teams have identical records (3-2) and both of them have excellent linebacker corps. Not only does Owensboro have probably the best linebacker in the class of 2021 in sophomore Austin Gough, Gough maybe the best linebacker on any team in any class or classification. Owensboro is also better offensively, and much more diverse being able to both run and throw it effectively. If the Red Devils play a clean game and don’t go too throw happy, they should leave Hopkinsville with a statement win over its Class 5A, first district opponent. If the Colonels should beat Owensboro, they finish the regular season 8-2, and with what they lost to graduation and transfer, that may make Steve Lovelace Kentucky’s high school coach of the year. Just saying…

South Warren at Greenwood: We aren’t going to waste the ink, even though this is a digital magazine and we don’t use ink, but you know what I mean. South Warren will absolutely kill, cook, and probably eat the Gators from Greenwood. Greenwood is the home team, whoopity-damn-do.

Mayfield at Murray: Please see what we have above written in the paragraph concerning the game between South Warren and Greenwood. This match-up will be so much easier for Mayfield that it will make the South Warren-Greenwood game look like Southern California-Notre Dame. Can Murray win this game? Murray’s varsity couldn’t beat the Mayfield freshman team. Get real buddy!

Paducah Tilghman at Trigg County: Paducah Tilghman is coming off a beat down we, at KPGFootball, didn’t see coming. I mean, how does Tilghman lose to the same Caldwell County team, 37-22 at home, which couldn’t beat a Hoptown team Tilghman embarrassed just a week earlier? Especially when the Caldwell County team which beat Tilghman by 15 lost to Hoptown by the same 15 point margin when the two played in Princeton, Kentucky? That is what makes football interesting, you never know how it will turn out for certain. Well, I am quite certain Trigg County is going to entertain a furious Blue Tornado team which will blow the Wildcats right out of their own home this Friday.

Raceland at Somerset: These two teams are both 5-1 and both at the top of its classification. We think the Briar Jumpers from Somerset may have the best defense in 2A, with players like Peyton Hatcher at linebacker and big Landon Fields along the defensive front, and the Bad-Bunnies are at home. This will be a close one…but the winner will be the bunnies from Somerset.

Trinity at St. Xavier at Pappa Johns’ Stadium: St. Xavier, though they would never admit it, hired David Wallace away from Bowling Green High School to beat one opponent, and it is Trinity. Trinity got off to an 0-5 start playing five of the better high school teams in America before taking it out on J-Town for its first victory of the year. Trinity has to win this game or it will finish the regular season sub-five-hundred. Trinity has burned us all year long as we have picked them to win numerous times they didn’t. We don’t know exactly why but we are giving the Shamrocks another chance.

Rowan County at Greenup County: This game pits two 4-2 teams in 4A who are virtually indistinguishable regarding which is the better squad. We will take the Musketeers only because they are at home and have one of the best QBs in Kentucky in Eli Sammons.

Hazard at Pikeville: The only Kentucky team to beat Pikeville this year is the number two ranked team in the 3A classification, Belfry. The Hazard team which will invade Pikeville is a good ball club and the two teams split two games, last season, with both games being played in Hazard, Kentucky. It is important for Pikeville to win this game as, just like last year, it is entirely likely they will see each other again down the road. When the playoff game occurs, Pikeville can either have the psychological advantage of having won two of the previous three contests, or the converse, which would NOT be very helpful. Here’s one thing which appears abundantly clear to KPGFootball, Pikeville can’t let Hazard gain the 271 yards on the ground it surrendered to Point Pleasant and expect a favorable outcome.  We don’t believe the Bulldogs can come into Pikeville and run the ball on the Panthers anywhere near that effectively or productively. Be rest assured of this however, Coach Dixon’s Bulldogs may not be Point Pleasant High School or even Belfry, but they aren’t exactly a push-over either. We like the Panthers here at home.

Butler at DuPont Manual: This is a battle between two teams both of whom are up and comers in the 6A classification and both of whom are loaded with talent. We traditionally pick the home team where the two teams are essentially equal, giving a three point advantage to playing in front of the home crowd. However, both these teams are Louisville teams, so what difference does it really make whether the game is played at Butler or Manual? Butler has Demontae Crumes. That is good enough for us in this match-up.

Ballard Memorial at Webster County: This is the battle for the bottom of the barrel. The Bombers are 1-4 and the Trojans are winless. After Friday night, the visiting Bombers will have two wins on its résumé while the hapless Trojans will remain winless.

Campbellsville at Russell County: These are two pretty good football teams. We think Aaron Hash, who was on our All-State football team as a freshman at QB, is still the class of his Class. He’s got the Eagles flying high, and he will them at peak performance this Friday night in Russell Springs, Kentucky.