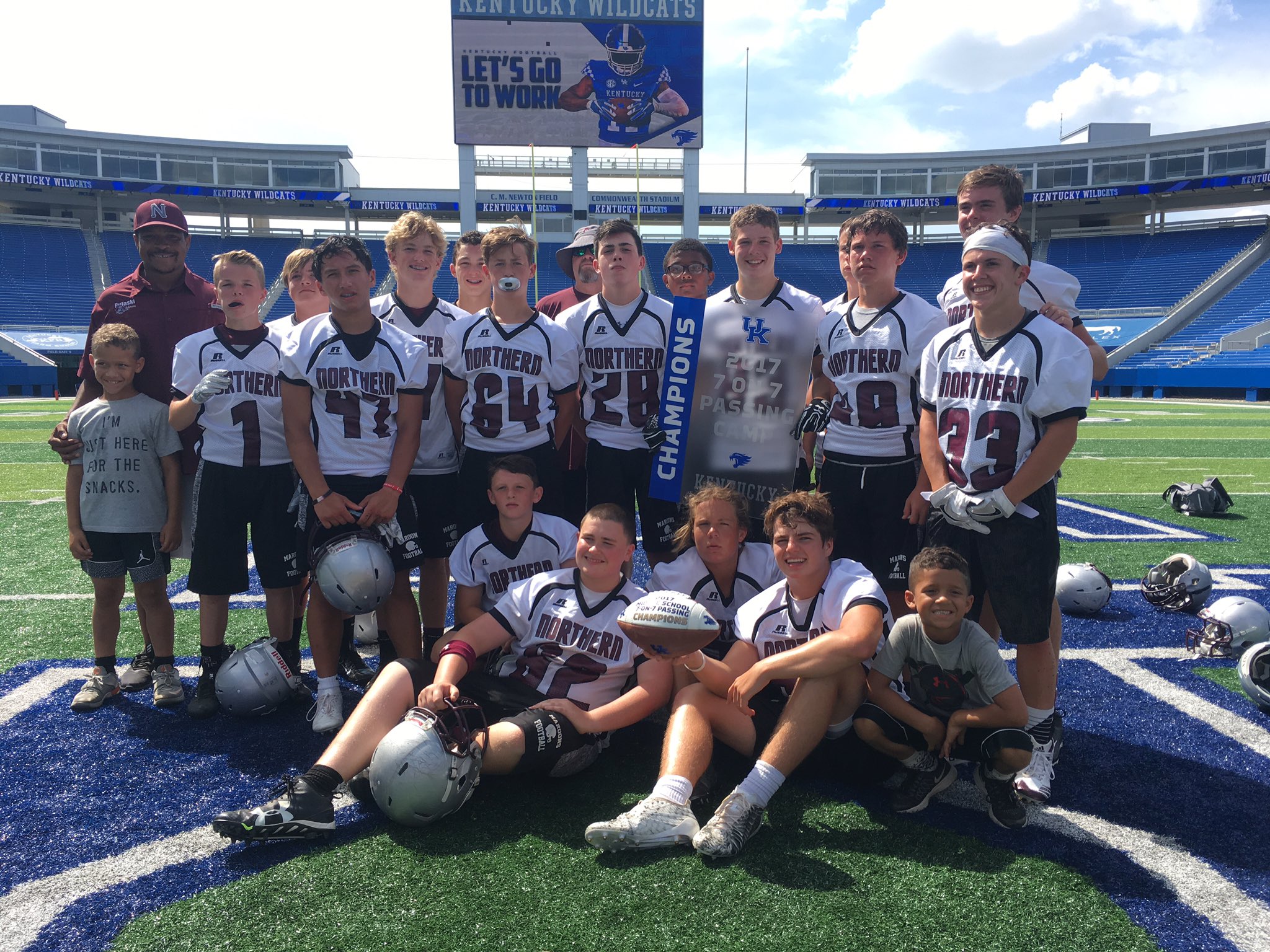 Well, with the release of Kentucky Prep Gridiron’s pre-season, Commonwealth-wide,  Middle School, Top 20, coming next week, it would be safe to say Northern Pulaski Middle School, in Somerset, Kentucky, figures right prominently into the who should start out number 1 discussion. Why not? They are the defending 7th grade State Champions, were undefeated last year as a 7th grade team, and went to the University of Kentucky’s 7 on 7 tournament leaving with the Championship in a walk. There wasn’t a team there which came within 3 TDs of the Maroons. This offseason, when Northern Pulaski entered the market for a new Head Coach, it went and hired the Team Kentucky FBU head coach right off of leading Team Kentucky to the National Championships in Naples, Florida and a National 6th place finish. Not too shabby!

When it comes to playmakers (Northern Pulaski has 5 players under 5 seconds in the 40 yard dash) even with 2022 kids like Trey Price (6’1″ 200 lb. RB/WR/LB) and Drew Polston (5’10” 170 QB who threw for around 50 TDs in 7 games at the UK 7 on 7), no one in Kentucky, not even the Maroons, can claim anyone with more big play ability than Korbyn Goff. Korbyn is a burner. If we at KPG are featuring a 2023 kid it would tell the reader something. We haven’t really started evaluating 2022 kids, much less 2023 kids, but there is nothing about Goff which is the least bit normal. Goff is a 5’5″ 150 pound kid who runs the 40 yard dash in 4.7 seconds and reminds this analyst of an un-injured Ethan Mills (2021) who rushed for 36 TDs for Knox County’s Panthers as a 7th grader. I bet G.J. sees another Ethan Mills too, which is a very good thing.

If there is one thing coaching Middle School football in Kentucky has taught me it’s there aren’t many 7th graders you can play on an 8th grade team much less ride to a Championship. Those type of 7th graders are once every decade types. As a rule physically, 7th graders are not ready to contribute very much on an 8th grade football team. The same is generally true of 6th graders being counted on in 7th grade football and it didn’t stop the 7th grade Northern Pulaski Maroons from riding Goff last season all the way to Lexington and, ultimately, to a ring. You can consider the competition for the 2017, pre-season, Middle School top ranking officially open; and you can officially list Northern Pulaski Middle School from Somerset, Kentucky in the running!