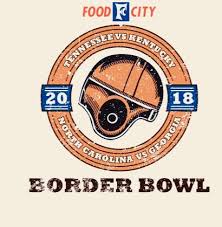 Kentucky and Tennessee met this afternoon in the Food City Border Bowl in Sevier County, Tennessee and the Kentucky team was littered with stars we have covered right here on Kentucky Prep Gridiron. Kentucky rode behind big offensive line play and an effective ground game, which averaged, on the day, 8 yards per rushing attempt. Peyton Knippenberg showed why he is one of the best O-linemen in the 2018 Kentucky class. Really hard to put into words how much better football is being played at the high school level in the Commonwealth of Kentucky these days as games between Kentucky and Tennessee, on this level, have almost exclusively been won by the Tennesseans. The once supposed Tennessee superiority appears a thing of the past as Kentucky, from the Future Stars level through the High School contests, are starting to go Kentucky’s way.

The Kentucky defense also played very well, limiting the Tennessee offense to just two scores both of which were greatly aided by big chunk plays. The Tennessee offense just couldn’t get into any sort of rhythm against the attacking, down hill, defensive effort by the Commonwealth stoppers.  A trio of stars for the Kentucky defense should sound familiar to you as Franklin-Simpson’s Dion Pearson went the entire way playing inside for the Kentucky down four with McCracken County’s Skyler Mayes at LB and Hopkinsville’s, JaKevis Bryant, at Safety, both free to chase the ball sideline to sideline, unblocked. The Kentucky team played like it had played together all year which is a testament to the Kentucky coaching staff who had only four days of install prior to the game day.

Kentucky won the game by a final score of 31-14 in a game that Kentucky came out and completely dominated, particularly in the 3rd and 4th quarters. The cherry on the top of the cake for Team Kentucky came when Tennessee, late in the game and after a Kentucky score to go ahead 31-14, kept requiring the Kentucky team to re-kick after the first two kick-offs went out of bounds. On the third re-kick, the Kentucky kicker dropped an on-sides squibber that Kentucky recovered preventing Tennessee from being able to slap some lipstick on the 31-14 pig. Kentucky, with the win, takes a two game advantage in the all-time series. Oh well, better luck next year Big Orange.