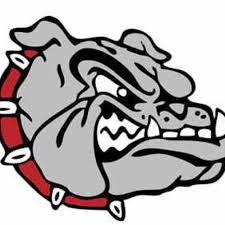 There is no easy way to say it, Head Coach Chris Engstrand‘s John Hardin Bulldogs struggled finding much bite last season. I suppose there are worse things than going 5-6, and there are some teams with similar worksheets in 2017 for whom the outlook next season is quite rosy, but the Bulldogs only rushed for 1,547 yards as a team while surrendering 1,991, passed for 1,768 yards while surrendering 1,463, and scored a paltry 237 points in 11 games while surrendering 302. Those aren’t numbers which will make the Bulldogs excited about what was accomplished in 2017 that is for sure. Now, compound it with the fact that Steven Livers, Tyler Reignheimer, and Anthony Witherspoon all graduated taking with them 1,434 of the Bulldogs’ 1,547 rushing yards and 150 of the team’s 237 points and, well, you get the picture.

At the very least, the Bulldogs do get return last season’s starting QB for next season. Justin Russell is a 6-1, 190 pounder who could stand a little weight room time unless his reported strength numbers are inordinately old. Russell reports a bench press of 175 pounds, a squat of 245, and a power clean of 170 pounds. None of these numbers are commensurate with what a varsity QB in the 4A classification in Kentucky should be doing athletically. Russell also has a vertical of 23 inches, again exhibiting vertical explosion incommensurate with where a 2019 starting QB should be. However, his on-field performance last year was efficient, if not spectacular, at least throwing the football. Justin completed 71 of his 143 passes for a completion percentage just under 50% and threw for 1,332 yards with 13 passing TDs against only 1 interception. Rushing the football clearly wasn’t a forte as he carried the football 5 times, losing 12 yards. Those type of rushing figures seem to jibe with his reported 5.03 forty yard dash time.

Now the return of Darian Davis is a bright spot as the 2019 prospect caught 25 passes a year ago for 502 yards and 3 receiving TDs, though listed as a running back on the roster. Hopefully, Davis will play football in 2018 as the 5-7 inch guard in basketball appears on the surface to prefer the hardwood to the gridiron.  Davis, at running back only got 1 carry for 3 yards. The loss of Anthony Witherspoon to graduation, in addition to his being the team’s third leading rusher a season ago, was its leading receiver with 35 catches for 594 yards and 7 TD receptions. I suppose what we are suggesting at KPGFootball is that the traditionally tough Class 4A John Hardin Bulldogs have every excuse to struggle next year, even more than in 2017, at least on paper.

If there is one thing we have learned over the years at KPGFootball, it’s that games aren’t played on paper. John Hardin heads into 2018 with huge losses to the roster sustained through graduation. John Hardin returns an efficient, though not spectacular, QB in Justin Russell. John Hardin hopes to return one reliable target to whom to throw (Darion Davis) who may (or may not) play football next year. From all of the above, the fact games aren’t played on paper appears to be something on which the Bulldogs are relying.